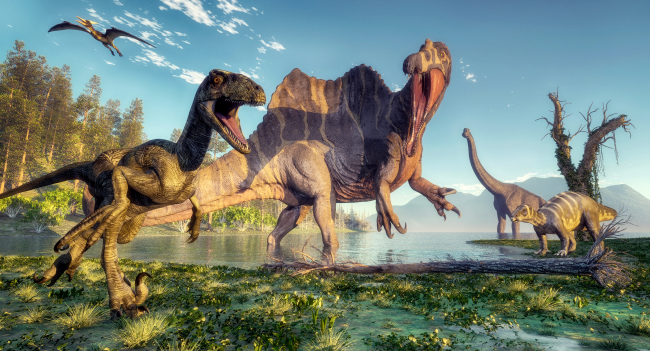 Researchers have announced the discovery of two new predatory species of dinosaur on the Isle of Wight in the English Channel: the “horned crocodile-faced hell heron” and the “Milner’s riverbank hunter.”

If those names make they sound like a couple of terrifying creatures, it’s because they were.

The Isle of Wight, the largest and second most populated island of England, was apparently once the home to so many dinosaur species its nickname is “Dinosaur Island.”

Both of these newly discovered species of dinosaur are closely related to the giant Spinosaurus and each was estimated to be around 30 feet in length with skulls 3.3 feet long. 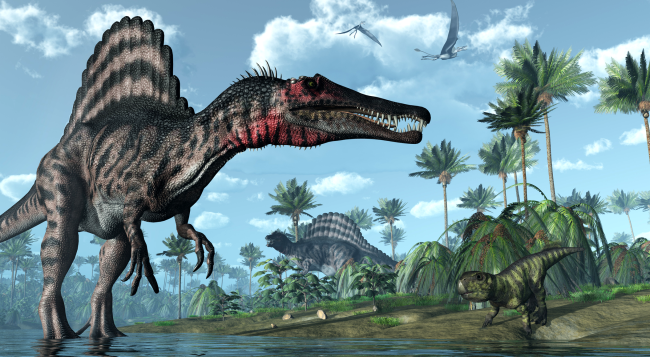 According to New Scientist, the “hell heron” got its name because of “scientists likening its hunting style to a fearsome version of the modern-day bird.”

Its scientific name is Ceratosuchops inferodios, which when translated means the “horned, crocodile-faced hell heron.” It had a series of bumps and low horns located near its brow, which researchers believer were used to assist in hunting prey on both land and in the water.

The other newly discovered species of spinosaurid was named Riparovenator milnerae, which translates to “Milner’s riverbank hunter” – in honor of recently deceased British paleontologist Angela Milner.

“We’ve known for a couple of decades now that Baryonyx-like dinosaurs awaited discovery on the Isle of Wight, but finding the remains of two such animals in close succession was a huge surprise,” said study co-author British paleontologist Darren Naish.

The Baryonyx is the only spinosaurid skeleton to have ever been previously unearthed in the United Kingdom.

Chris Barker, a doctoral student at the University of Southampton and the lead author of the study, added, “We found the skulls to differ not only from Baryonyx, but also one another, suggesting the UK housed a greater diversity of spinosaurids than previously thought.”

Oh, in case you were wondering, yes, that was a Spinosaurus that fought the T-Rex in Jurassic Park III.