A New ‘Bourne’ Movie Is In The Early Stages Of Development 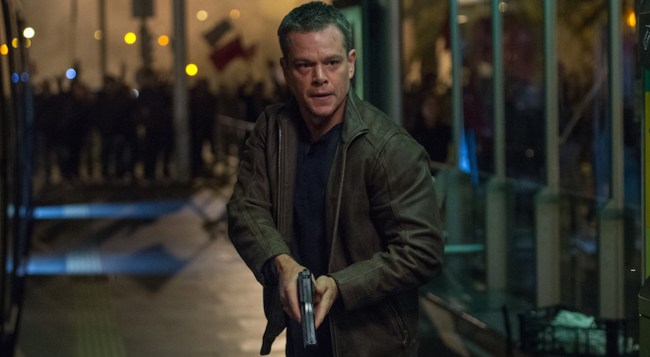 Another day, another piece of news that a long-running movie franchise is being continued/rebooted/spun-off, as legendary Hollywood producer Frank Marshall has recently confirmed that a new film in the Bourne franchise is in the early stages of development.

Speaking to Collider about the upcoming *fifth* film in the Indiana Jones franchise (Harrison Ford is currently 77-years-old, by the way) that’s set to be helmed by James Mangold after Steven Speilberg walked about from the director’s chair — he will remain on board as a producer, though — Marshall teased that he’s in the process of developing a story and finding a filmmaker for a new entry in the Bourne franchise.

Producer Frank Marshall also revealed that he’s looking to restart another franchise about a globe-trotting American agent: Bourne, baby. Matt Damon starred in four films as the amnesiac spy Jason Bourne, who slowly learns what’s going on around him, and how good he is at punching people. They tried to soft reboot away from Damon already with the Jeremy Renner-starring The Bourne Legacy.

Now, Marshall is keen on it again, with different creative teams than the original: “I do like the Bourne series, and I do think that’s an opportunity for different filmmakers to come in now. So, I’m hoping that we can find a new story for Bourne and a new filmmaker. We are looking.” [via Collider]

The most recent Bourne movie was 2016’s Jason Bourne, which saw series star Matt Damon return to the franchise for the first time since 2007’s The Bourne Ultimatum. In the intervening years, Universal Pictures attempted to reboot the Bourne franchise with the 2012 Jeremy Renner-starring The Bourne Legacy, however, the film received middling reviews and did not receive a sequel.