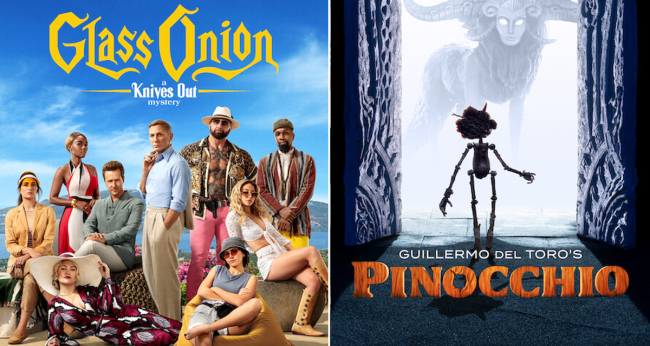 What did everyone do before the internet and all of these awesome streaming services? What did people do back in the day? Good thing we don’t have to worry about that because Netflix just released their list of what’s new for the month of December (as well as what will be leaving the service).

• Benoit Blanc returns to peel back the layers in a new Knives Out whodunit in Glass Onion. This fresh adventure finds the intrepid detective at a lavish private estate on a Greek island, but how and why he comes to be there is only the first of many puzzles.

• Last Chance U: Basketball picks up a year after COVID caused an abrupt and emotional end to ELAC’s championship run in 2020. Head coach John Mosley is eager to get back on the court with an almost entirely new roster of Huskies, including talented but troubled D1 level athletes looking for a last opportunity to make it.

• Sr. is a lovingly irreverent portrait of the life, career, and last days of maverick filmmaker Robert Downey Sr., whose rebellious spirit infused decades of counterculture movie-making. Sr. widens the lens from Downey’s art to the life with which it was deeply intertwined, including an intimate examination of his relationship with son Robert Downey, Jr.

Sadly, despite everything that’s new on Netflix in December, several titles like the Men in Black trilogy, Point Break, and Casino Royale will be going to be going, going, gone in by the end of the month.

Check out the rest of what’s new on Netflix in December, as well as what’s leaving…

December 3
The Best of Me
Bullet Train