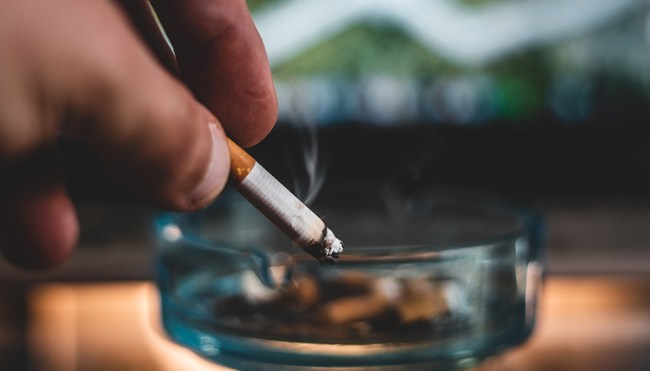 It’s safe to say we’ve come a long way since the days when cigarette companies were not only still permitted to advertise on television but ran ads letting people know doctors preferred their particular tobacco vehicle more than any other brand.

As you probably know by now, smoking has become increasingly frowned upon over the past few decades thanks to Big Tobacco’s ultimately unsuccessful attempt to cover up the countless studies that show regularly sucking down smoke is a surefire way to get a first-class ticket to Cancertown (in addition to falling victim to a multitude of other health issues).

Governments around the world have instituted plenty of measures to dissuade people from sparking up, but with the notable exception of Bhutan (the only country on the planet to ban the manufacturing and sale of cigarettes), you’d be hard-pressed to find a more extreme law than one that’s being instituted in New Zealand.

According to Vice, the island nation recently took what seems to be an unprecedented step in its quest to make the entirety of New Zealand smoke-free by 2025 with a new policy that will ban anyone who was born after 2008 from purchasing cigarettes within its borders for the rest of their life.

As they age, they and future generations will never be able to legally purchase tobacco, because the truth is there is no safe age to start smoking.

Look, I’m not going to sit here and act like this is a bad thing; cigarettes are super addictive products that play an instrumental role in the death of millions of people around the world every year.

With that said, I can’t help but feel bad for young people who will never get to experience the short-lived buzz and immediate regret that comes with smoking a single dart from a pack of Marb Reds you bought while drunk at 1 A.M. before throwing the rest of the pack out in the morning.