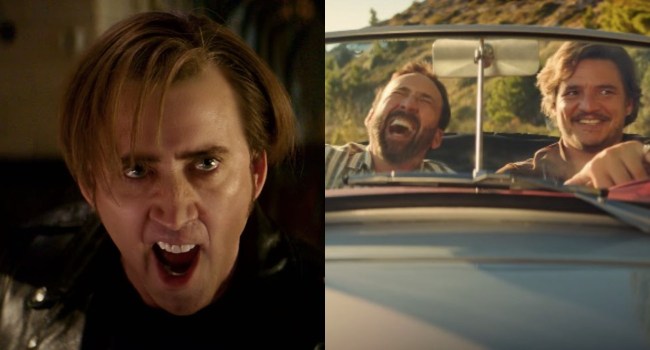 Admittedly, there’s quite a lot that’s wrong with our corner of the multiverse these days. I imagine that, of the infinite other timelines, there are far chiller ones out there. Worse ones too, sure, but also much chiller ones. That said, despite the frankly depressing state of our reality, though, there is one thing we have going for us: Nicolas Cage being on the comeback trail.

Given that I recently turned 29-years-old, official making me old as FUCK, I remember the days before Nicolas Cage became a living meme. There was once a time when this dude was not only an Academy Award winner (for Leaving Las Vegas, a *heavy* movie about a man drinking himself to death) but one of the biggest movie stars in the world, starring in a string of blockbusters such as The Rock, Con Air, and Face/Off. Believe it or not, those four aforementioned films came out consecutively. The dude was on an absolute heater.

Following National Treasure, though, Cage began starring in an endless litany of forgettable B-films and has largely done so ever since. Until recently. Following the success of Pig — a performance that I think was worthy of an Academy Award nomination — Cage is set to star in two studio films: as Dracula in Universal’s Renfield (alongside Nicholas Hoult, Awkwafina, and Ben Schwartz) and as himself in Lionsgate’s The Unbearable Weight of Massive Talent.

Given the genius construct of the film — Nicolas Cage recreates some of his most iconic roles to appease a drug dealer — the marketing has been incredible, especially this latest trailer which features Cage going FULL Cage.