Nickelodeon Scrubs Two ‘SpongeBob’ Episodes, Including The ‘Panty Raid’ One 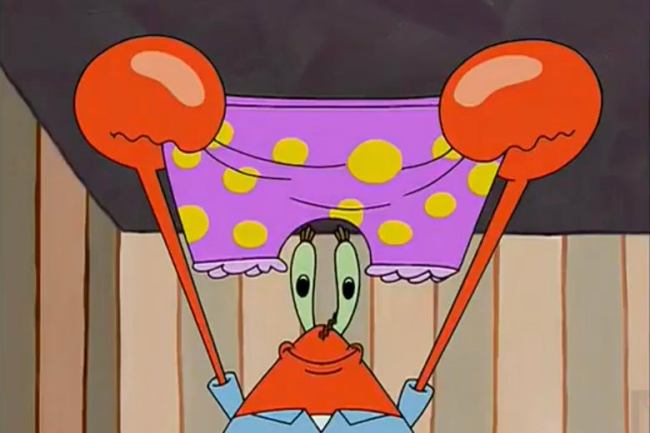 As the rise of streaming services continues, television networks and movie studios alike are now reviewing their catalog of content more thoroughly than ever before so that the various titles can be introduced to a new generation.

Take HBO Max’s Gone with the Wind disclaimer, for example: not wanting to corrupt the film’s original artistic integrity, but also aiming to educate new viewers, WarnerMedia has included a warning video at the beginning of the iconic film that discusses the film’s depictions of African Americans, the South and slavery.

When it comes to staples of American filmmaking like Gone with the Wind, extreme measures to preserve its original construction are understandable and necessary. The same can’t be said for children’s cartoons such as SpongeBob SquarePants, though, as Nickelodeon is instead opting to simply erase any problematic content.

With the beloved cartoon now finding a home on Paramount+, Nickelodeon has decided to remove the season 3 episode “Mid-Life Crustacean” and the season 12 episode “Kwarantined Krab” for containing story elements that were not “kid-appropriate”.

A representative from Nickelodeon said, “‘Mid-Life Crustacean’ has been out of rotation since 2018, following a standards review in which we determined some story elements were not kid-appropriate.” When asked which scenes caused the controversy, and if Nickelodeon ever considered a content warning in front of the episode instead of removing it completely, a rep for Nickelodeon said, “No comment.”

The scene that may have led to the episode’s removal could be the scene where Patrick suggests a “panty raid,” which leads to SpongeBob, Patrick, and Mr. Krabs breaking into a woman’s house to steal her underwear. It turns out the house they broke into was Mr. Krabs’ mom’s house. The mom catches the three in the act and sends Mr. Krabs to his childhood room for the rest of the night. [via IGN]

As for the “Kwarantined Krab” episode, that’s been shelved due to its similarities to the COVID-19 pandemic. In that episode, the Krusty Krab restaurant is forced to be placed in emergency quarantine after an illness coming from an unknown source, the “Clam Flu”, begins to spread.

“The ‘Kwarantined Krab’ centers on a virus storyline, so we have decided to not air it due to sensitivities surrounding the global, real-world pandemic,” a Nickelodeon representative told IGN.