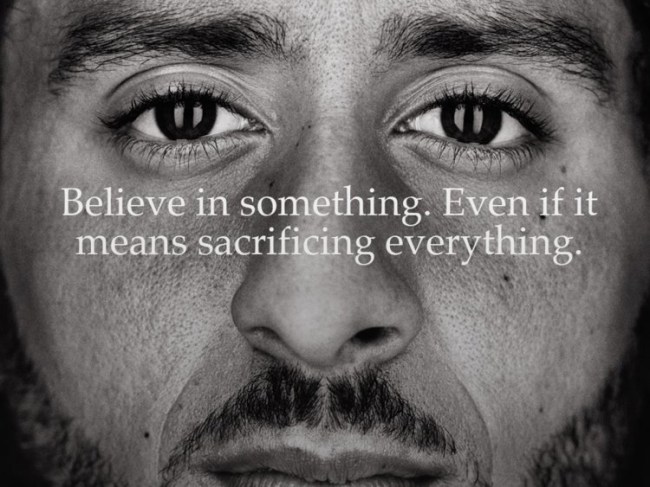 There has been a great deal of controversy regarding the recent Nike ad campaign featuring polarizing figure Colin Kaepernick. Despite threats of boycotts, Nike shares have hit an all-time record high this week.

Despite the negative publicity that came with putting the former NFL quarterback as the face of the 30th anniversary of their “Just Do It” campaign, Nike’s stock hit a record high at the close of Friday afternoon. That despite the stock initially going south immediately following the debut of the commercial.

Nike’s online sales expanded by 27 percent from Sunday through Wednesday, according to Edison Trends, a Silicon Valley digital sales and trends research firm.

However, Bloomberg News emphasized that “it will likely be months, if not longer, until anyone can fully measure the business impact of Nike Inc.’s controversial partnership with quarterback-turned-activist Colin Kaepernick.”

It’s also worth noting that The Morning Consult, a market research firm that has been providing analysis and business strategy for “hundreds of Fortune 500 companies,” found that the favorability of Nike nosedived from 69% to 35% in the week of the Kaep ad dropping.

Since the announcement of the partnership, the stock has risen 5 percent. Over the past year, Nike shares have increased more than 33 percent, which had made Nike’s market cap to over $133 billion.

President Donald Trump has been outspoken about the “take a knee” national anthem protest as well as the decision to make Kaepernick the face of the ad campaign.

What was Nike thinking?

Just like the NFL, whose ratings have gone WAY DOWN, Nike is getting absolutely killed with anger and boycotts. I wonder if they had any idea that it would be this way? As far as the NFL is concerned, I just find it hard to watch, and always will, until they stand for the FLAG!

One would expect this topic to continue to be a major focus of the 2018 NFL season despite the two biggest players not actually being a part of the NFL.