‘No Time To Die’ Has A New Release Date, Will Drop EARLIER Than Scheduled 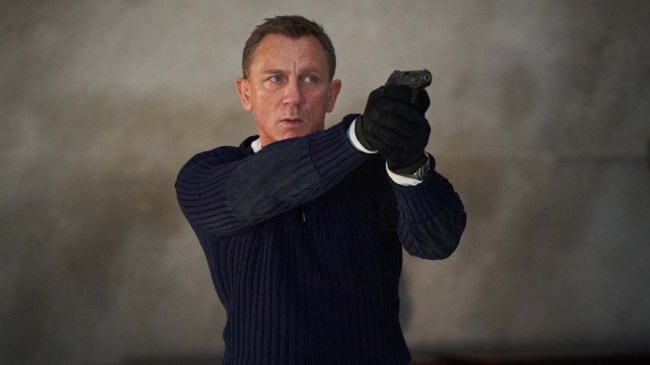 Is… is that… IS THAT SOME GOOD NEWS REGARDING THE FILM INDUSTRY?! Holy hell, I wasn’t sure I’d ever see the day again.

After being one of the first blockbuster movies to push back their release — on April 3, No Time To Die was officially delayed from April 10 to November 25 — the film is now moving its release date forward, as the fifth-and-final Daniel Craig-starring James Bond film is now set to be released in theaters on November 20. Look, I get that’s a relatively insignificant update, but it’s a POSITIVE update all the same, and that’s all that matters.

The return of old friends in NO TIME TO DIE.

No Time To Die wasn’t the only film to be shifted over the weekend, as Warner Bros. also rescheduled their upcoming slate. Christopher Nolan’s Tenet, which is set to “re-open” movie theaters, has been pushed back from July 17 to July 31. Wonder Woman 1984 — which was originally set to be released on June 5 and was delayed until August 14 — will now drop on October 2. Additionally, Godzilla vs. Kong and Matrix 4 have also been delayed.