Would Jean-Ralphio Get Along With Vinny Chase and the Boys? – OH YEAH, OH YEAH: The Entourage Podcast ft. Ben Schwartz 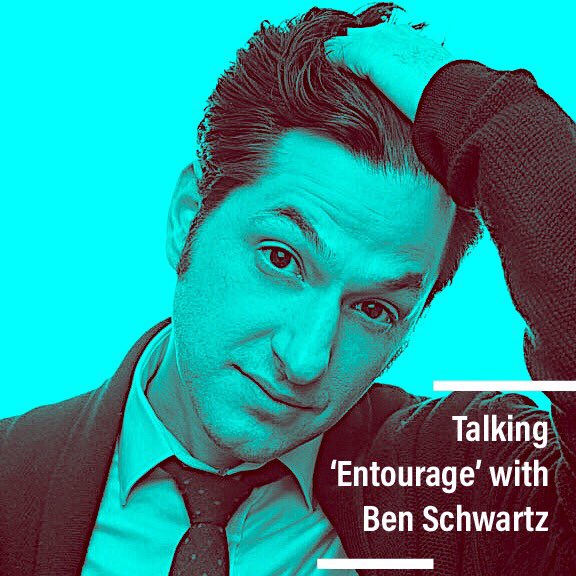 Sometimes we get an opportunity to talk to an amazing guest on Oh Yeah, Oh Yeah: The Entourage Podcast however due to scheduling or time constraints they’re unable to watch an episode of the show before we record. This was the case this week with Ben Schwartz, Emmy award winning comedian and actor best known for his role of Jean-Ralphio on Parks and Recreation.

Ben’s a big Entourage fan and we discussed how he identified with the characters as his career was just starting in the early 2000’s and he grew up just one borough over from the boys in The Bronx.

We discussed Ben’s favorite scene from Season 2 of the show, some iconic Ari moments and which of his most famous characters, Jean-Ralphio or Clyde Oberholt from Body of Lies would fit in better in the Entourage universe.

Ben’s partnering with Dos Equis to present something every fashionable guy needs poolside this summer: The Towel Jacket. Is it a towel? Is it a jacket? It’s both.

Dos Equis: Hey Ben, would you want to film something for our limited-edition Towel Jacket?
Me: Why would you make a jacket out of a towel?
Dos Equis: …
Me: I'm in.
You can actually buy this at https://t.co/VZDh2QXv8E. Which is insane.@DosEquis #keepitinteresante #FASHION #ad pic.twitter.com/l42UtnK6RS

Had a lot of fun doing this “minisode” this week with Ben, we’ll continue to pepper the feed with fun interviews like this as they come up. We’re back Monday to our regularly scheduled episodic programming with comedian Adam Ray, when we break down Episode 9 of Season 2: I Love You, Too. Subscribe below so you don’t miss it!