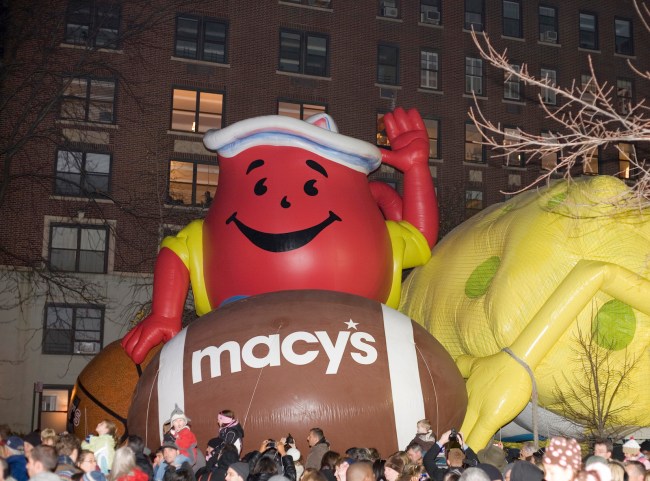 Every single one of us is trying to reclaim our youth, usually by purchasing items closely tied to our past.

Some people collect action figures, sports cards, Beanie Babies and assorted memorabilia, while others, pay top dollar for drink mix packets that transport them to summers gone by.

While I’ve personally never been passionate about the drink – it always tasted way too sugary and made my teeth hurt on impact – I do have a soft spot in my heart for the beverage.

One of my initial assignments for this very website was creating and taste-tasting Koolickles.

Long story short, the process involves soaking pickles in Kool-Aid for a week.

That said, I’d never pay more than the $.25 asking price at the grocery store. But as The Takeout reports, people are willing to pay top dollar for rare packets of drink synonymous with followership at its worse.

A quick search for “Kool-Aid packet” seemed to signal the market is alive and well, returning over 250 active listings, some of which were going for triple-digit asking prices: $400 for a still- sealed case of Pink Swimmingo, $225 for a single packet of Yabba-Dabba-Doo Berry, and $195 for a single packet of one of Kool-Aid’s most beloved flavor mascots, Purplesaurus Rex, just to name a few.

A search for recently completed eBay auctions showed a display of 1960s Grape packets being sold for $250 and a single packet of Rock-A-Dile Red closing out at $125.

As the internet has proven time and time again, there’s a market – and possibly a career – to be found around every hobby.

The Takeout spoke with Matt, the curator of Dinosaur Dracula, a website devoted to all things nostalgia.

While he is primarily a Kool-Aid collector, Matt occasionally rips into a vintage packet with the earnest devotion of a skilled sommelier to conduct taste tests for his readers. He writes of a 1987 packet of Surfin’ Berry Punch: “I wasn’t wild about the powder color, which to me felt too dim and purply for a beverage that was supposed to look like liquid firetrucks. Fortunately, it changed color as soon as it hit water, like a less braggy Great Bluedini. This was basically second grade sangria.”

The Kool-Aid collecting seems to be as much about the beloved mascot as the packet of potentially spoiled drink mixes.

By the 1980s, Kool-Aid Man’s gregariously destructive presence and his iconic “Oh Yeah!” outbursts were omnipresent, thanks to a flood of memorable commercial campaigns, a comic book series through Marvel Comics and Archie Comics, and not one but two video games for Atari and Intellivision.

Into the new millennium, Kool-Aid Man finally got his own balloon in the Macy’s Thanksgiving Day Parade and became a running gag across multiple episodes of Family Guy.

Matt – he of retracted last name – explains that the collecting of Kool-Aid packets isn’t just about nostalgia but scarcity and personal taste.

“With Kool-Aid, there’s a big difference between rare and desirable,” explains Matt. “I have incredibly rare packets that even hardcore collectors might not be interested in, because they’re just variations on more common packets. Then again, I could name a packet that I might pay $100 for, but I might be the only person in the whole world who would.”

Unlike other collectibles like Pokemon, Funko Pops, and baseball cards, the Kool-Aid market has no set prices for packets. It’s all about what a person is willing to pay to reclaim their favorite flavors from years gone by.

“The Kool-Aid market is hilarious. I couldn’t define it as either a buyers’ market or a sellers’ market,” Matt says. “If you have something rare, you might be the only one who does, but you’d be playing to an audience of only a few people who’d actually want it and that assumes they’d even know you had it for sale. There are no set values, and no rhyme or reason to the prices.”

With all this newfound information, it might be time to raid mom or grandma’s cabinets, in search of unopened packets of Kool-Aid long ago forgotten.