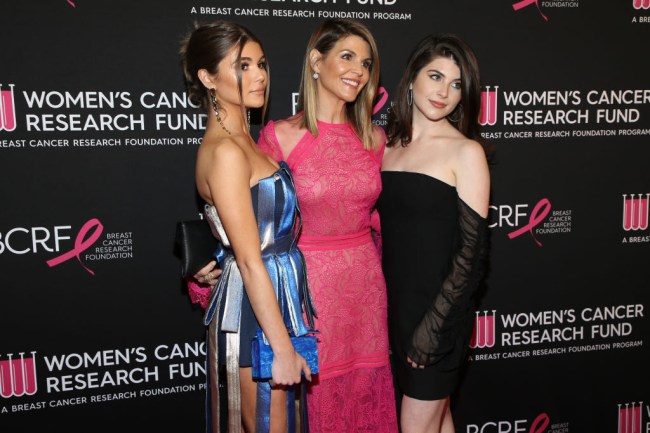 After an eight-month hiatus, Olivia Jade Giannulli returned to YouTube to share a two-minute video. The 20-year-old influencer daughter of college bribery suspect Lori Loughlin used the vlog to announce she would start making videos again, but said she was “legally not allowed to speak on anything going on right now.”

Olvia Jade and her sister Isabella were accepted into the University of Southern California after their parents Lori Loughlin and Mossimo Giannulli allegedly paid $500,000 to William “Rick” Singer and The Key Worldwide Foundation. The daughters were accepted into USC after they posed as crew recruits and made the school’s rowing team despite not being athletes.

Olivia Jade and Isabella have some responsibility in the college cheating scam since they both did a photoshoot to pretend they were rowing athletes despite never participating in the sport.

Olivia and Isabella are no longer enrolled in USC.

In the new video, Olivia Jade stated she wrestled for “seven or eight months” on whether she should return to YouTube, and if so, when was the proper amount of time.

“Obviously, I’ve been gone for a really long time,” the social media influencer said. “And, as much as I wish I could talk about all of this… it’s really hard for me to say this, just because I know that it’s something that needs to be addressed.”

“There’s no point in me just talking for 10 minutes to the camera about how I wish I can say something when I really can’t, so I’m going to leave it at that,” Olivia Jade said in the video.

At the time of publication, her video titled “hi again” had over 1.4 million views and was the #1 trending video on YouTube. There were over 74,000 Likes and more than 40,000 Dislikes of the video. Olivia Jade’s YouTube channel has over 1.9 million subscribers.

Commenters on all of her social media posts were a mixed bag of reactions ranging from excitement and encouragement to anger and resentment that she had participated in the college cheating scheme that got her into USC instead of someone deserving of the spot.