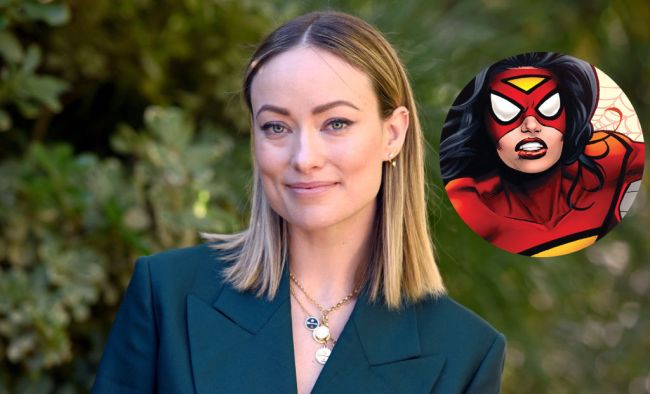 After making her directorial debut with the critically-acclaimed Booksmart last year, Olivia Wilde — who spent the previous decade making her name as an actress — immediately became one of Hollywood’s hottest commodities.

Not wasting any time in securing her services, Sony announced last month that Wilde would be helming an upcoming “secret Spider-Man project” for Sony’s Spider-Man Universe of Characters (yes, this is actually what they’re calling it).

Wilde was originally hush-hush about her upcoming Marvel project, she recently broke her silence in a recent interview. Now, while she wasn’t able to confirm that she’s working on a Spider-Woman project, she did mention that Marvel Studios czar Kevin Feige was involved with the film’s production, meaning that whatever project she is directing will have connections to the Marvel Cinematic Universe.

RELATED: Kraven The Hunter, One Of Spider-Man’s Most Iconic Villains, Is Finally Coming To The Big Screen

During a recent appearance on the Shut Up Evan podcast, Wilde discussed her excitement — and while she couldn’t confirm whether the project is about Spider-Woman (which has been rumored) — she did reveal that Marvel Studios President Kevin Feige is involved.

“All I can say is that is by far the most exciting thing that’s ever happened to me. Not only do I feel like I get to tell a story that…God, it’s like listen to me trying to avoid Kevin Feige’s pellet gun,” she said.

Wilde is co-writing the Sony-Marvel project with her fellow Booksmart collaborator, Katie Silberman. “To know that we went from telling a story about female friendship in high school to this other stratosphere now, feels super exciting,” Wilde said. [via SyFy Wire]

At this time, the untitled Spider-Woman has no official release date. However, with both Morbius and Venom: Let There Be Carnage set to premiere in 2021, it’s likely that we don’t see Spider-Woman until sometime in 2022.