On The Passing Of Mac Miller, The Bro We Could All Relate To 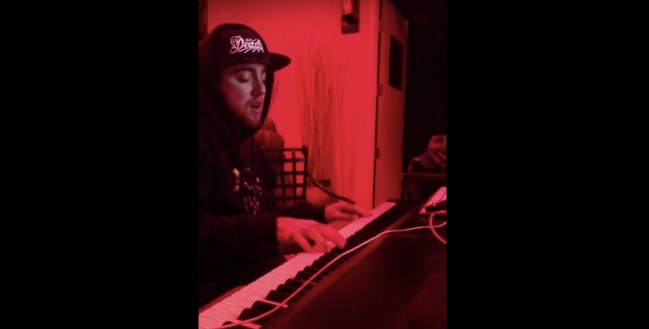 It’s 1AM in Los Angeles and all I can think about right now is the passing of Mac Miller.

Mac Miller, man. The OG BroBible rapper. The guy who took the very concept of white dude frat rap and injected the genre with a horse-sized dose of HGH to make it the most real shit in the world to a certain college-age music fan. Successfully, too. And, seemingly, with no airs about him. Just raw talent, crafting art for people who “get it” – those understand what he’s all about. Like being in on a joke that’s not really a joke. It’s just… Life, man.

Like a lot of Bros of a certain generation, we, the BroBible audience and staff, related to him. At least I did. Even if you didn’t know the guy, Mac just seemed like that chill, talented musical friend we all have and love. The buddy keeps it the most real in the group, the dude who is effortlessly rad. He’s fun. He’s smart. He knows when to bust your balls. He knows when to ask you if everything is alright. Except, in Mac’s case, he’s a transcendent cultural icon for an entire generation.

Don’t know how to say it, this sucks so fucking much. Dude was so genuine, so wonderfully comfortable with himself. I’m just sitting up here late in my living room, listening to his 2014 mixtape Faces, gutted by the loss of a talent that goes deep in the BroBible DNA. I just looked at our archive – We’ve posted about Mac Miller hundreds of times in our nine-years as a blog. A lot of that was in the early chapter of BroBible, from 2009 – 2012, when all we wanted to do was blog our hearts out about shit you guys wanted to know about. Music. Parties. Girls. College. Graduating. Dating. Growing up. Hot takes about boat shoes and cargo shorts. Funny shit. Shit that wasn’t meant to be taken seriously but could be when it meant the most.

And that’s kind of what Mac Miller was all about in a nutshell, as a musician and as an iconoclast. Fun shit, but also real shit.

I know we’re probably just a bad Instagram meme page to a lot of y’all, but talented bro rappers like Mac were a huge part of why we got into the blog game back in 2009. We wanted to tell their stories, we wanted to distribute their art to college kids and a generation that really fucking cared about the music of THEIR generation. In those early stages of BroBible up until a couple years ago, we really wanted to help source the music that defined their house parties, their pump up anthems on the bus with their teammates to a D-3 lax game. We were all about the blog rap game. The frat rap game. The EDM blog game. And Mac Miller was right in the fucking middle of it.

When I moved to NYC, way back in 2009 – a year out of graduating college – I remember meeting people, telling them I went to Penn State, talking about BroBible, then having people ask if I saw Mac Miller back when he was performing in shitty State College basements at house parties or in the brothers room of fraternities. That summer, the summer BroBible really got into the music game by hosting shows with Pretty Lights and Chiddy Bang, Mac Miller’s KIDs drops and just floors us.

We probably played KIDS a million times in our shitty NYC closet office that we could barely afford during the summer it came out. One year later, Blue Slide Park. “Frick Park Market” and “Party On Fifth Ave” were Bro anthems with teeth. Just raw music by a talented young dude for a young generation ready to define their own cultural identity. And Mac was leading that charge, with a live experience on college campuses that was fun and organic and giving audiences of college kids the best nights of their lives at the time. Think about how fucking special that is, to give someone that moment, as an artist. A show where you dance your face off with your friends and say THAT WAS THE BEST NIGHT OF MY LIFE. All the kids who felt so ALIVE by Mac performing “Don’t Mind If I Do” or “Best Day Ever.” That’s an emotional place that only music can take you to. And, Mac was the conductor, engineer, and foreman on that train.

But he wasn’t just a party guy limited to the constraints of blog rap identity; No fucking way. He aspired for more and took a shot at the moon to evolve his sound and accomplish it.  All of his albums are masterpieces and damn if his most recent release, Swimming, isn’t a bonafide audio Mona Lisa. “Ladders” and “What’s the Use?” are sweaty dancefloor jams that bleed pure soul. Just try not to tap your foot to them. You can’t! You just can’t. They’re earworms that physically move. It guts me to know that I’ll never get to see it live.

For us aging children who remember the OG BroBible days, there was nothing in the world nor will there ever be again like the 2009 – 2013 college blog music game. Nothing. Webby. Sam. Hoodie. Posner. Deans List. Timeflies. White Panda. My God I could sit here all night and tell stories… Every day was a lightning storm of electricity, with new players coming out of the woodwork to make badass music for their generation.

This sucks, guys. For those that remember surfing the crest of the high, beautiful wave of BroBible music days, it’s soul-crushing to see once-in-generation talent like Avicii and Mac gone. May they be remembered with the music that moved us forever.

Be good to each other and have each others’ backs, especially when they need it the most.