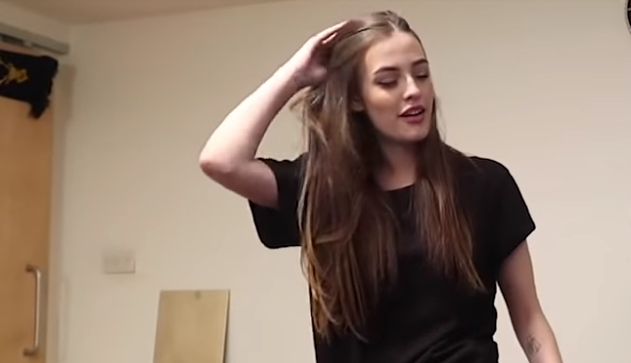 Sources say there were no warning signs or prior history of heart trouble for Felicite. In January, Félicité said that she had stopped drinking and stopped smoking cigarettes.

Felicite is the half-sister of One Direction singer Louis Tomlinson and they reportedly were very close, regularly seeing each other in London. She was one of seven siblings, with the 27-year-old Louis being the oldest. Louis was scheduled to appear on the BBC charity show Comic Relief on Thursday night, but he had to cancel after his little sister’s death.

Félicité was a fashion designer, model, and influencer who had over 1.3 million followers on Instagram. She was working on publishing a book of her own poetry.

Only a month ago, she appeared on the Tatt Chatt YouTube series to show off her new tattoo on her arm.

RELATED: Former Miss Teen Universe Died At The Age Of 19

On January 30th, Felicite posted a photo of her new tattoos to Instagram. Her ink featured the intials and birth dates of all of her siblings. “All my siblings initials and my Leo constellation done by the amazing @mileslangford at the @the_londonsocial Thank you so much I’m in love,” she captioned the Instagram photo.

She posted her last Instagram photo on March 10th.

Last May, Louis’ father was diagnosed with liver cancer. The siblings lost their mother, Johannah Deakin, to cancer in December of 2016. Last week, Louis released a new song titled Two of Us dedicated to his mother who passed away.

RIP to Félicité Tomlinson and godspeed to the Tomlinson family