Pabst Fighting To Stay Alive, Says MillerCoors Is Trying To Put PBR Out Of Business 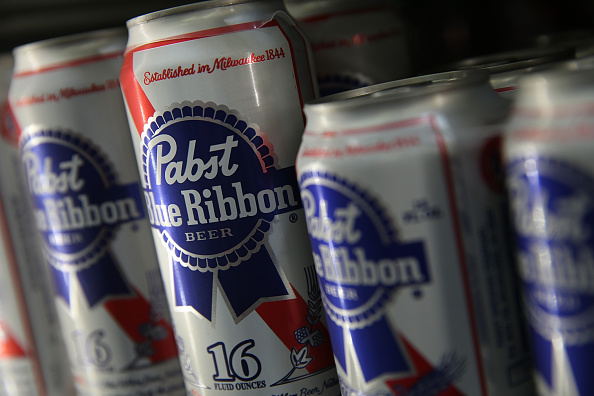 Pabst Brewing Company and MillerCoors are going to trial and the outcome could have severe consequences. On Tuesday, opening statements for the trial begin in the Milwaukee County Circuit Court. Pabst says that the big beer company is trying to put them out of business.

The beer brand of choice by hipsters everywhere has had a longstanding partnership through which it brews Pabst’s beers. In 2001, Miller Brewing Company was contracted to brew PBR and keep the brand alive. In recent years, MillerCoors makes between 4 million to 4.5 million barrels of PBR. Plus, the big beer giant packages and ships PBR as well as their other brands including Old Milwaukee, National Bohemian (Natty Boh), and Lone Star.

The contract between the two legendary beer companies is set to expire in 2020, but things could end before that time. MillerCoors claims that Pabst does not pay enough for them to continue to manufacture and distribute PBR, thus not obligated to continue to do so.

PBR argues that MillerCoors is purposely breaking their contract knowing full well that if they stop making PBR the company will go out of business. PBR’s lawyers contend that MillerCoors is purposely attempting to eliminate a competitor that offers cheaper priced beer. Pabst attorney Adam Paris said “stunning documents” obtained from MillerCoors show that the company hiring a consultant to “figure out ways to get rid of us” and “eliminate Pabst altogether.”

MillerCoors allegedly asked for Pabst to pay $45 per barrel, which they assert would be “a commercially devastating, near-triple price increase” from what it pays now. At the March hearing, Paris said MillerCoors knew the price was way out of line and only asked for that exorbitant price “because it would have bankrupted us three times over.”

From the Washington Times:

During 2015 negotiations about extending the contract, MillerCoors announced it would close its brewing facility in Eden, North Carolina, and that it eventually might have to shutter another facility in Irwindale, California. Pabst contends that MillerCoors refused to provide any information to substantiate its claim that it would no longer have the capacity to continue brewing Pabst’s beers, and that it wouldn’t consider leasing the Eden facility and would only sell it for an “astronomical” price.

Pabst Brewing Company, which is no longer based out of Milwaukee and now is headquartered in Los Angeles, first filed the lawsuit back in 2016. Pabst is seeking more than $400 million in damages as well as demanding that MillerCoors honor its contract. There is a provision in the current contract that offers two possible five-year extensions once the contract expires in 2020.

“Even though MillerCoors’ market power is much larger than Pabst’s, we will not allow this industry bully to push us around,” Pabst said in a statement. “We are confident that the court will see MillerCoors’ fabricated ‘capacity’ concerns for what they are: a thinly veiled, bad faith attempt to unlawfully hurt a competitor.” MillerCoors has the second biggest U.S. market share of beer sales at 24.8 percent, only behind Anheuser-Busch, which have 41.6 percent.

Coincidentally, Pabst and Miller have an intertwined history that goes way, way back. The original Pabst Blue Ribbon brewing company was founded in 1844 by Jacob Best and named The Empire Brewery in Milwaukee. Then changed to the current PBR name in 1889, named after Frederick Pabst purchased the company

Jacob Best’s sons Charles and Lorenz left The Empire Brewery to create their own beer company called the Plank Road Brewery. The Plank Road Brewery was bought out by Frederick Miller, a German immigrant brewer, in the mid-1850’s for $2,300, which is only $66,736 in 2018 money. Frederick Miller’s company was called the Miller Brewing Company, the same Miller Brewing Company that is now the behemoth CoorsMiller worldwide beer conglomerate. So this Milwaukee beer battle has roots dating back to the 19th century.

So get your ice cold PBR while you still can.