R.I.P. The Midtown Uniform? Patagonia Says It’s Rethinking Which Finance Companies It Sells Its Vests To 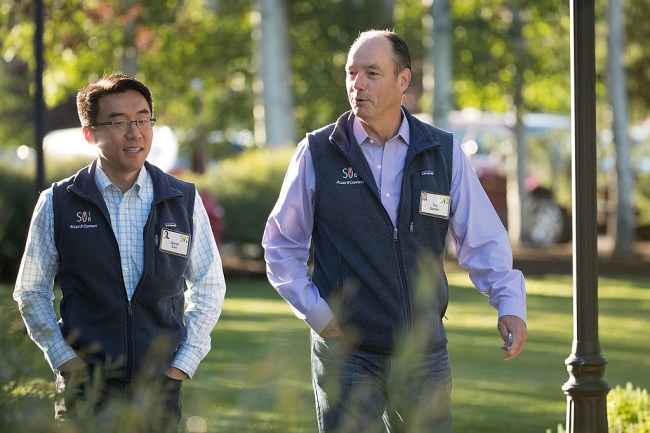 New York City is a bizarre ecosystem filled with some absolutely fascinating creatures and is basically a sociologist’s wet dream based on how many different observable facets of society there are.

I’ve lived in NYC for over five years, and over that time, I’ve become pretty familiar with the various “uniforms” that help define many of NYC’s subcultures. As a resident of Brooklyn, I’ve developed an unconscious affinity for flannel shirts and beanies but that’s far from the only outfit that you can use as an identifier.

Back when I was a younger lad, I wasted more time than I care to admit in Murray Hill, where I spent countless hours at Brother Jimmy’s refusing to let go of my college days.

It was there where I was first really introduced to the concept of the Finance Bro, a guy who is pretty easy to identify based on their affinity for button-downs, a sharp pair of slacks, and a nice vest—a.k.a. the Midtown Uniform.

“Wouldn’t it be chill if we had a walk up song every time we rolled up to the office? Like some dope Chainsmokers track or some shit.” – Kris, Kristopher, & Topher #midtownuniform 📷: @bgiesbrecht

“You know what I love about New York City? I can just totally be myself and not like anyone else.” “Totally.” – Braden and Caden #midtownuniform #uniquenewyork 📷: @derrickmd

“The Wednesday before Thanksgiving is for the boys.” – Jason, Grayson, and Mason #midtownuniform #happythanksgiving #blackwednesday

“Cuz we’re the three best friends that anyone can have!” – Dell with his bff’s Hewlett and Packard #midtownuniform 📷: @louisiananyc

“Did you hear the Yankees are almost in the Super Bowl?” – Douglas to his homie Danbury #midtownuniform #twoforone

As everyone knows, you aren’t a true Finance Bro until you’ve been gifted a fleece Patagonia vest branded with the logo of an investment bank or hedge fund—a sign that you’ve been accepted by your people.

However, it looks like there could be trouble brewing in the paradise that is Midtown Manhattan.

According to Business Insider, Patagonia recently announced it will only be working with companies that share its core mission of environmentalism and sustainability as it continues to move forward.

The end of the #fintech uniform?! Farewell #patagonia vests. pic.twitter.com/3PpykELkZb

However, there was one major caveat: while Patagonia won’t be accepting any new clients in the finance space that don’t align with its values, it says companies that have already worked with it in the past won’t be impacted (at least for now).

Here’s to hoping the Midtown Uniform never goes away because it does a great job letting me know which bars I should avoid.