Just Days After Releasing Ad Featuring Chris Noth, Peloton Scrubs It From The Internet Due To Sexual Assault Allegations 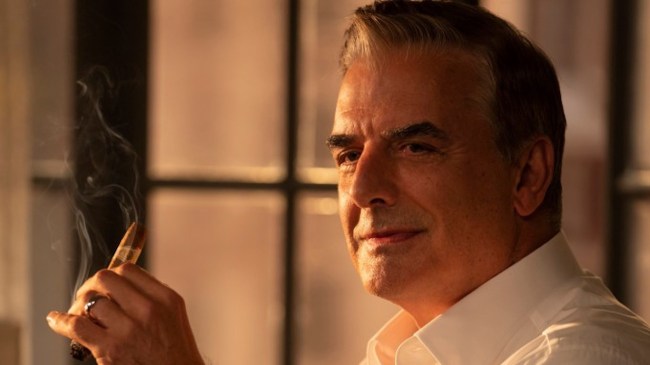 Peloton has been making headlines this week, but not in the way that the company would like.

Following the premiere of HBO’s And Just Like That, a follow-up to Sex and the City, the company was forced to respond to a scene in which Chris Noth’s character Big dies from a heart attack after taking a Peloton ride.

In an effort to flip the narrative, Peloton hustled to create a commercial in response, that featured Noth and was produced by Ryan Reynolds’ Maximum Effort marketing company. The tongue-in-cheek ad — which was created in less than 48 hours — featured Noth and the And Just Like That character Allegra, portrayed by Peloton instructor Jess King, sitting across from each other on a couch.

“Oh, I feel great,” Noth adds. “Should we take another ride? Life’s too short not to.”

The ad is then concluded with a voiceover from Reynolds himself:

“And just like that… the world was reminded that regular cycling stimulates and improves your heart, lungs and circulation, reducing your risk of cardiovascular diseases,” Reynolds says. “Cycling strengthens your heart, muscles, lowers resting pulse and reduces blood fat levels. He’s alive.”

However, mere days after launching the ad, Peloton is now working overtime to delete it, as Noth has since been accused of sexual assault by two women. In addition to removing the ad from the company’s social media accounts, Reynolds himself also deleted the video from his personal Twitter account.

“Every single sexual assault accusation must be taken seriously. We were unaware of these allegations when we featured Chris Noth in our response to HBO’s reboot,” a representative for Peloton said in a statement to Variety. “As we seek to learn more, we have stopped promoting this video and archived related social posts.”

Noth has responded to the allegations, claiming that the encounters were consensual.