I Am Here To Confirm That The Rumors Are True: Nicolas Cage’s ‘Pig’ Is An Excellent, Beautiful Film 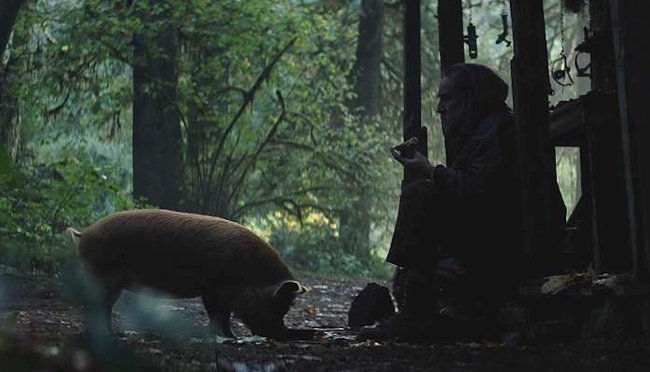 Have you heard of Pig yet? Because you clicked this article, I’m assuming you have. The film — which stars Academy Award winner Nicolas Cage and was made by first-time writer/director Michael Sarnoski — is about, and follow me here, a truffle hunter making his way through the underground Portland restaurant scene in order to track down his beloved and kidnapped truffle pig. Not exactly your run-of-the-mill plot.

Given the nature of Nicolas Cage’s career these days, many assumed that Pig would be a psychotic and blood-spewing revenge tale that sees the famously manic performer slashing his way through his enemies with rusty axes and whatnot. However, it’s perhaps the exact opposite, as the story is instead a quiet, contemplative tale of mourning, unbreakable resolve, and hopeful redemption.

Still and delicate but also fierce and brutal, Pig is slow, ruminative, and challenging the whole way through — it certainly won’t please all comers, especially those seeking thriller-driven action. That’s not to say that Pig is entirely without classic tension, but to highlight that this is a film that’s ultimately about grief and loss more so than it is about seeking vengeance. This is a film that has more in common with The Descendants than it does Taken, and as a result, those who do follow it through are set to be treated to one of the great acting performances of Nicolas Cage’s career, who could have an outside shot of an Academy Award nomination for Best Actor, which would be his first since 2003’s Adaptation.

Known for his now trademark energy, Cage erases his frenzied acting style entirely, instead hauntingly bringing to life a complete picture of a man consumed by grief to such an extent that he’s banished himself from society. It’s as thorough of a performance as he’s put forth in years and one that surely rivals his Oscar-winning turn in Leaving Las Vegas. Between this and the upcoming Unbearable Weight of Massive Talent, perhaps this is a sign Cage is making his way back to the mainstream.

By the time the credits on Pig role and its melancholic wave of wistful loss crashes over you, you’ll be left wondering how a story about a truffle pig can put you more in touch with your humanity than most humans can.

‘Pig’ is currently playing in theaters and is available to rent or own on demand.