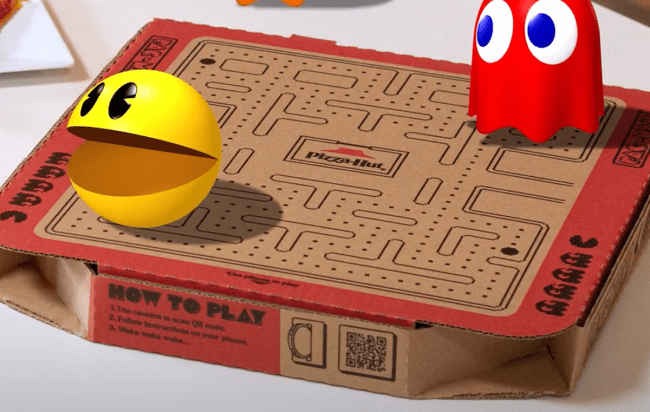 When I was young enough to still have the sense of childhood wonder that reality eventually stole from me, there weren’t many experiences more magical than going out to eat at Pizza Hut, as there was nothing quite like cashing in your Book It voucher for a personal pizza or crushing the buffet while basking in the lights of the bootleg Tiffany lamps the chain once relied on to really class up its joints.

Like most people that Gen Z is starting to label as “old,” I pine for those simpler times, and because time travel somehow still hasn’t become a thing, I’m forced to rely on the internet to provide me with reminders that the 1990s happened (which, thankfully, are not in short supply.)

Now, Pizza Hut has been nice enough to do that by hopping aboard the nostalgia train and throwing it back to a time when you had to rely on an arcade game to entertain yourself while waiting for your order instead of those damn electronic gizmos and gadgets kids these days are so obsessed with, as the chain is now serving up pizza inside a box that you can use to play Pac-Man.

All you have to do to get your hands on one is drop $10 on a large pie and scan the QR code on the box to play the classic video game courtesy of AR technology. If you prefer a more hands-on experience, you can also enter for a chance to win a Pizza Hut-themed Pac-Man cabinet by sharing your score on Twitter (you’ll have the same chance to snag it as everyone else even if you suck, as the number itself won’t be taken into account.)

Order up a $10 Tastemaker™, play the game and share your score on Twitter, tagging @PizzaHut with #PizzaHutARcade and #Sweepstakes for a chance to win. No purch. Nec. RULES: https://t.co/qH9nTuWwJR

I’d wish everyone else the best of luck, but I don’t want to risk putting energy out into the universe that could interfere with my chances to win it.