‘Planes, Trains & Automobiles’ Is Being Remade With Will Smith And Kevin Hart Because We’re Living In Hell 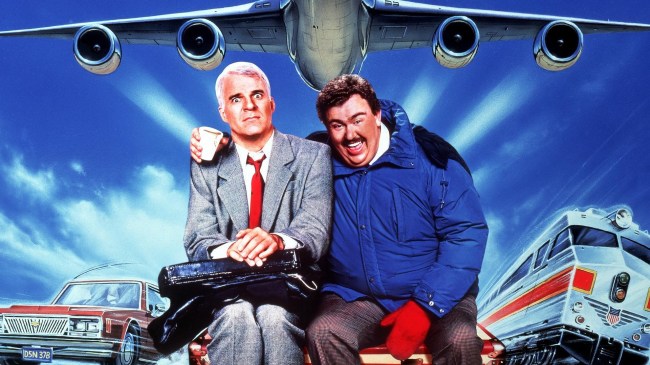 Honestly, nothing against Will Smith and Kevin Hart, who are two of the most likable guys in the entertainment industry: it’s not their fault Hollywood has unashamedly run out of ideas. And frankly, if a movie studio wants to cut them a fat check for the minimal effort of a comedy reboot (it’s not like this is award-season-bait that the pair will need to sink their dramatic teeth into), why would they say no?

Really, the frustration comes from the sullying of the original, as Planes, Trains & Automobiles became an instant classic the moment it was released. Even if the Will Smith and Kevin Hart reboot is the funniest movie of the year, it likely won’t hold a candle to the original, and therein the issue: not only is Hollywood giving us something again, but this time around, it’ll likely be worse.

Paramount Pictures has set a remake of the classic John Hughes 1987 road trip comedy Planes, Trains & Automobiles as a star vehicle for Will Smith and Kevin Hart. Hart’s Hartbeat Productions and Smith’s Westbrook Studios will produce. In her feature debut, Aeysha Carr will write the script. Her TV credits include Brooklyn 99 and the upcoming Hulu series Woke.

The original starred Steve Martin and John Candy as a mismatched duo forced to become bunkmates and traveling partners in a desperate attempt to get home to loved ones for Thanksgiving after their flights are canceled. A slew of holiday travel disasters follow, and they mix like water and oil. Hart and Smith produce with Westbrook Studios Co-President and Head of Motion Pictures Jon Mone and Hartbeat’s President of Film and Television Bryan Smiley. [via Deadline]

The move makes obvious sense for both Smith and Hart though, as the pair are equally in desperate need of a hit. Will Smith has been misfiring for the better part of a decade now (his last resounding, widely adored hit was probably Men in Black 3 or Hancock), while Hart — although still wildly productive and successful — hasn’t appeared in anything decent outside of the Jumanji franchise for quite some time.