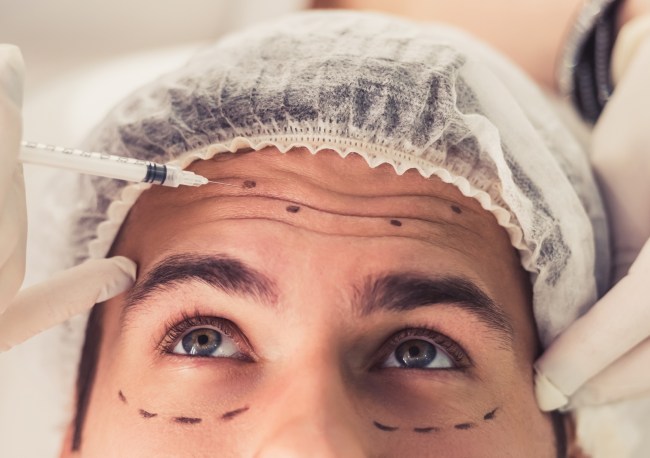 There aren’t many sounds capable of making my stomach drop quite like hearing the piercing noise that shakes me to my core whenever someone tries to FaceTime me out of the blue, which—like predatory payday loans and multilevel marketing schemes—is one of those things that’s not illegal but probably should be.

As both a fairly vain and incredibly self-conscious person, I will do everything in my power to avoid being confronted with any evidence that suggests I’m not as good-looking as I tell myself I am and there’s nothing capable of knocking me down more pegs than seeing how I look on a video call, which is the closest I’ll ever come to knowing how Dorian Grey felt when he was finally confronted by his portrait.

I’m not the only one, as a study conducted in 2016 found that almost 60% of people feel the same way when forced to sit in from of a webcam, and I’d assume that segment of the population was about as thrilled as I was when Zoom became all the rage when human contact fell out of favor earlier this year.

The one nice part about virtual meetings is that it forces me to shower, shave, and change the shirt I’ve been wearing for more days than I’d care to admit. With that said, there’s only so much primping you can do to avoid the almost inevitable moment when you see your face pop up after joining a call before spending 15 seconds subtly adjusting the angle to no avail only to finally wonder to yourself, “Wait, am I just…ugly?”

That sentiment has become increasingly widespread over the course of 2020 as people have become hyperfocused on trying to figure out why their camera has suddenly transformed them into an unrecognizable ogre (experts say it’s due to a combination of the camera’s unique perspective and our tendency to constantly scrutinize even the tiniest of our own flaws).

There are some ways to address this problem, ranging from “spend way too much money on lighting” to “lie about your internet being slow,” but according to The Washington Post, some people are turning to a slightly more drastic measure: plastic surgery.

The outlet spoke to a number of medical professionals who say they’ve seen a spike in the number of patients who’ve wanted to get work done to address issues that were called to their attention on Zoom, including one doctor who revealed the demand for Botox injections and similar procedures is up 90% compared to last year and another who shared more and more people have become particularly concerned about their jawline and chin(s).

However, if you read that last paragraph and thought, “Oh damn, I should totally do that,” you might have a bit of trouble. People are also using the pandemic and the dearth of social gatherings that accompanied it as an excuse to get more intensive surgeries they’d been holding off on, and as a result, finding an appointment has become the medical world’s equivalent of getting your hands on a PS5.

In the end, the most important thing is to remember that you’re probably your harshest critic—at least aside from the coworkers who probably have a secret Slack channel where they post pictures of The Elephant Man and Sloth from The Goonies every time you talk.