Gamers Camped Out Overnight, Subjected Themselves To COVID-19 In Hopes Of Getting The Best Deals On Gaming Systems 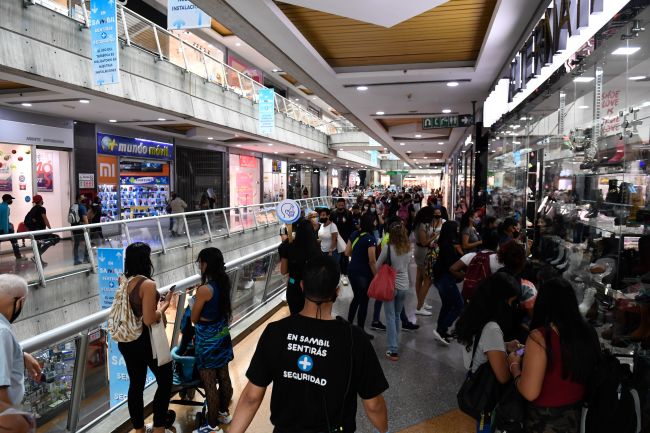 Admittedly, I am not a gamer. I own only an Xbox360 and NCAA Football 2014. For whatever reason, I never gravitated toward the video game scene, but I certainly don’t hate on those who do. Playing games like Call of Duty and Halo are fun, and everyone has their own vices, but it was never mine. And that’s okay.

With that being said, there are very few reasons for which I would camp out overnight. If I were out in the wilderness or on a camping trip, that is the most obvious reason. Beyond that, I’m pretty much out. Ahead of Black Friday, people around the country set up their homes-away-from home outside of the Walmarts, Targets, GameStops, and electronic stores of the world looking to get ahead of the lines for top deals on the new Playstation Five and Xbox Series X.

In a normal year, this is a standard behavior beyond the video gaming realm. With the pandemic this year, much of that dwindled, and there is no chance you would find me entering a mall packed with people or any sort of crowd, anywhere.

While normal Thanksgiving shopping lines were almost nonexistent today, a few people are spending the night outside local GameStop stores, hoping to snag an Xbox or PlayStation.

Any guesses on what time the people in front got there? pic.twitter.com/fuycJrwoLi

Why voluntarily subject myself to Coronavirus when I could just… not? Gamers continued on.

On second thought, I may camp out overnight for a Duke Basketball game, or for a perfect tailgating spot in The Grove at Ole Miss, or something like a National Championship game. But that becomes more of a tailgate, in a sense. The concept of sleeping in the cold, in a lawn chair, to (maybe) purchase an item and leave without any sort of in-person experience, during a global pandemic baffles me. Nevertheless, the deals were too great and the people flocked.

About 8 gamers are already standing in line at GameStop in Salinas to buy a new PS5 or XBOX, which of course, are super hot items right now this holiday season. Get this: THE GAMESTOP OPENS AT 7AM TOMORROW. It’s gonna be a long night for them! I get it though, I’m also a gamer. pic.twitter.com/of29GoK1DF

The first of 10 people in line outside of GameStop in #Walpole got here at 9:30 this morning. They’re hoping to buy the highly sought after PlayStation 5 and Xbox Series X. We’re told this is the scene outside game stores across the area with those consoles. #wcvb pic.twitter.com/9aU5l4XIlq

One guy told me he drove to ELEVEN @GameStop in #HamptonRoads and this was the shortest line.

They are hoping for either the #Ps5 or #XboxSeriesX when the store opens 7am Friday. pic.twitter.com/GeVynenRmq

I’m posted outside @GameStop in union square waiting til 7am for that PS5! God knows I hope they have more than 2 in stock. I’m 20th in line. pic.twitter.com/m2bSQboR3h

I came to GameStop just bc I was curious if anyone was in line for the ps5 Black Friday launch… first guy has been here since Wednesday 3pm 😭#PlayStation5 pic.twitter.com/evvVrgcrL0

To make it even more crazy, some of these people didn’t even get into the store in time for the limited supply of the new system. Imagine camping out for upwards of 24 hours only to be told they’re out of stock…. Oof.

People line up to be among the first inside @GameStop in Hartford when it opens Friday at 7:00am. They’re looking to pick up the hot new console @PlayStation 5. Though it’s not clear how many units the store has. #NBCCT pic.twitter.com/OLr88xidUN