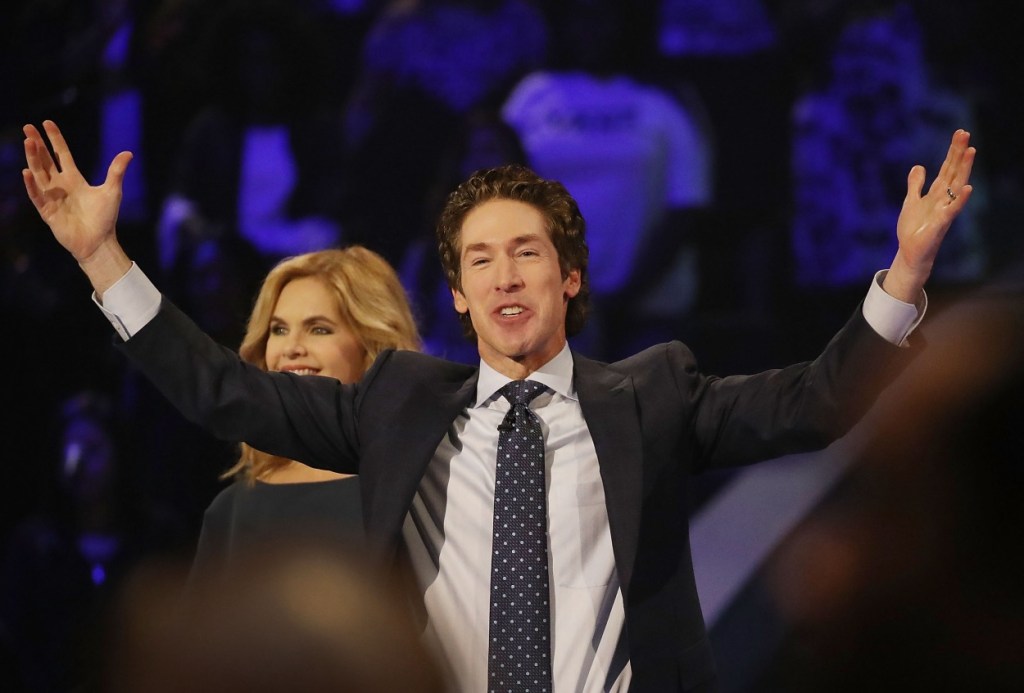 Houston-area mega church preacher and televangelist Joel Osteen was trending on Friday morning with a lot of people asking questions about a robbery from a few years back.

In 2014, a widely publicized $600,000 ‘robbery’ of Joel Osteen’s church made headlines all over and police are still investigating the reported robbery today. Flash forward to this week and a plumber called into Houston-area radio station 100.3 The Bull and dropped a bombshell claim.

The plumber called in to the radio show and claimed he found 500 envelopes full of cash and checks that were hidden inside the walls of Joel Osteen’s church, ‘bags and bags’ of money. Now people are questioning if that missing $600,000 that was reported as a robbery was the same money in these walls and if so, why is the police investigation still open? And why didn’t Joel Osteen announce that 500+ bags of money were found in the walls of his church?

Here’s a local news video about this revelation and some quotes from the radio host + the plumber below.

The plumber told the radio station “There was a loose toilet in the wall, and we removed the tile. We went to go remove the toilet, and I moved some insulation away and about 500 envelopes fell out of the wall, and I was like ‘Oh wow!’”

He claims the 500 envelopes were all full of cash and checks. Just stuffed inside the walls of the megachurch. He then added “I went ahead and contacted the maintenance supervisor that was there, and I turned it all in,”

It was at this point the radio host questioned the caller and asked him what he was even talking about so the caller reminded radio host George Lindsey about the 2014 ‘robbery’ of $600,000 and how the money had never been recovered.

Click2Houston is now questioning if the money found by the plumber is the same $600,000 that was reported missing in a ‘robbery’ and remains unaccounted for. Otherwise, where did that $600,000 from inside the church walls go and was that money ever accounted for on the books?

Here’s a Click2Houston article about that 2014 burglary that was never solved.

Now, a lot of people on Twitter are questioning what Joel Osteen has to say about this claim of the money in the walls.

Joel Osteen when he sees that they found the "stolen money" in his church walls pic.twitter.com/zksCb5QgmU

Straight out of an Ozark episode.

I’m sure Jebus will rub out this little booboo for Joel. pic.twitter.com/UeXkJL5PhZ

An honest plumber. Do you have his number?

What would Jesus think of Joel Osteen’s $325,000 Ferrari, his $4.4 million in PPP loans, his $10.5 million mansion, and his bags of cash & checks stashed in the bathroom wall of his megachurch in Houston?

Normally, I’d think it’s pretty clear that Joel Osteen will have to make a public statement on this at some point. But nothing is normal anymore. Soooooo I expect nothing and will be pleasantly surprised if we learn more.