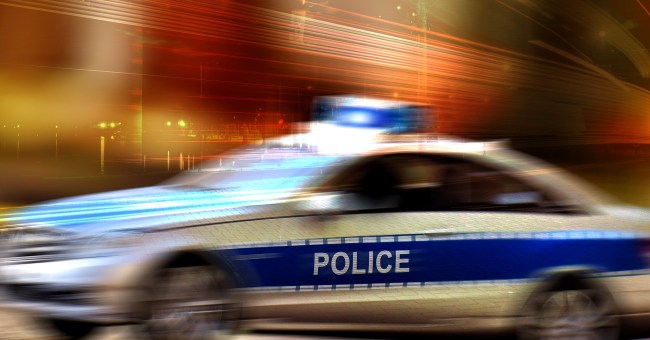 Sometimes the jokes just write themselves, folks. Oregon’s Newberg-Dundee police had a stolen car chase come to an end when the driver crashed into another car, which was also stolen!

The bizarre encounter took place on the morning of Sunday, July 5, and began when Randy Cooper, 27, of Portland was spotted by police driving a stolen Toyota Land Cruiser.

After giving chase through downtown Newberg, Cooper was finally apprehended when he crashed the Land Cruiser into a Buick Regal being driven by 25-year-old Kristin Nicole Begue of Newberg.

A quick check on Begue and her car revealed to police that she appeared to be, according to FOX-13 News, under the influence of intoxicants and the Regal she was driving had also been reported stolen.

Cooper was arrested for Unauthorized Use of a Motor Vehicle, Attempting to Elude Police, Assault-3, Reckless Driving and other related crimes.

Begue was arrested for Driving Under the Influence of Intoxicants and Unauthorized Use of a Motor Vehicle.

The bizarre case even caught the attention of Shameless star Emmy Rossum who tweeted, “I would make/watch this movie.”

I would make/watch this movie.

It also spawned, as is often the case when strange events like this occur, led to numerous pretty good jokes on social media.

“How I met your mother”

Are you sure this is Oregon? Sounds so much like #FloridaMan #floridawoman