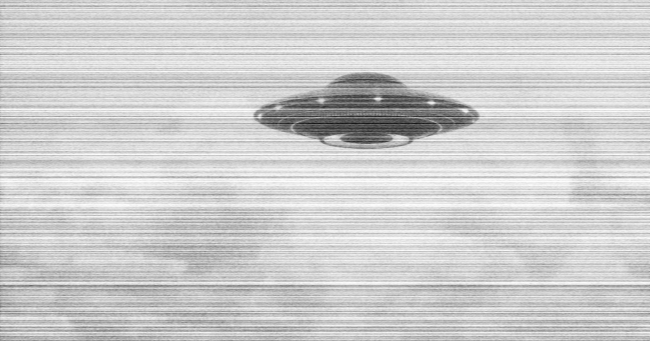 A police officer in Bradenton Beach, Florida photographed a mysterious UFO flying in the vicinity of a United States Coast Guard plane this week.

Bradenton Beach Police Officer Charles Morose was recently conducting a normal patrol along Coquina Beach when he spotted something in the sky that caught his attention.

“I saw a Coast Guard plane flying over the bay, then I watch them turn back toward the Gulf. I thought what the heck is that as I look up and saw a big black thing in the sky,” Morose said. “I’m estimating based on the size of the plane in the sky, it was at least the size of a car, or maybe a small aircraft.”

The Anna Maria Island Sun, which has a copy of the photo, reports that Morose believes the Coast Guard plane saw the UFO because it changed course and appeared to start following it.

At first, the UFO appeared to be relatively stationary, Morose said, but when the Coast Guard plane starting tracking towards it the UFO took off.

“That thing had to be moving at least 500 mph,” Morose said. “It just shot off like a rocket toward the horizon and it was just gone. I’m no UFO conspiracy theorist, and I’m not saying it was from space or anything like that, but there was something in the sky and it was hauling butt.”

Calls to the Cortez Coast Guard detachment by the Sun only resulted in them claiming there was no incident reported at the time of Morose’s sighting.

The area around Anna Maria Island, Florida no stranger to unusual UFO sightings

Several UFO sightings have been reported in the area since 2010. Strangely, almost all of the reports that were shared on social media have since been deleted from the internet.

Did anyone else see a UFO that looked like a passenger train on Anna Maria Island and the Space Station tonight 09-19-22?

@mufon what is this? Off the coast of Anna Maria Island in Florida. Holmes Beach.

There was nothing there and I looked in the daylight to see. I have two engineering degrees and I can't give a logical explanation pic.twitter.com/5FP0EB6O8E