Do Cops Really Issue More Tickets At The End Of The Month? Here’s What The Numbers Say 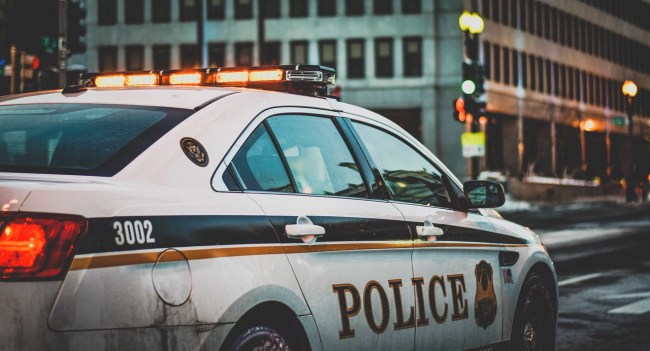 Common knowledge dictates that most cops spend the last few days of every month sitting in their car looking for literally any excuse to pull someone over in order to hit their ticket quota.

In a way, police officers are like the salesmen of public servants, only instead of taking you out for a nice steak dinner, they just make you wait on the side of the road for 20 minutes and stick you with a bill without even giving you a chocolate torte or flan for your troubles.

Ticket quotas might technically be illegal in certain jurisdictions in the United States, but if you’ve been paying attention to the news for the past 200 years or so, you probably know that a fair amount of cops don’t always follow the letter of the law.

The legal guidance network Avvo recently decided to look at the numbers to see if there’s any credence to the claim cops go on a ticketing spree at the end of the month.

Based on the data, it looks like you actually do want to make sure you set your cruise control closer to the speed limit and come to a full stop at intersections as the month winds down unless you’re a big fan of getting fined. 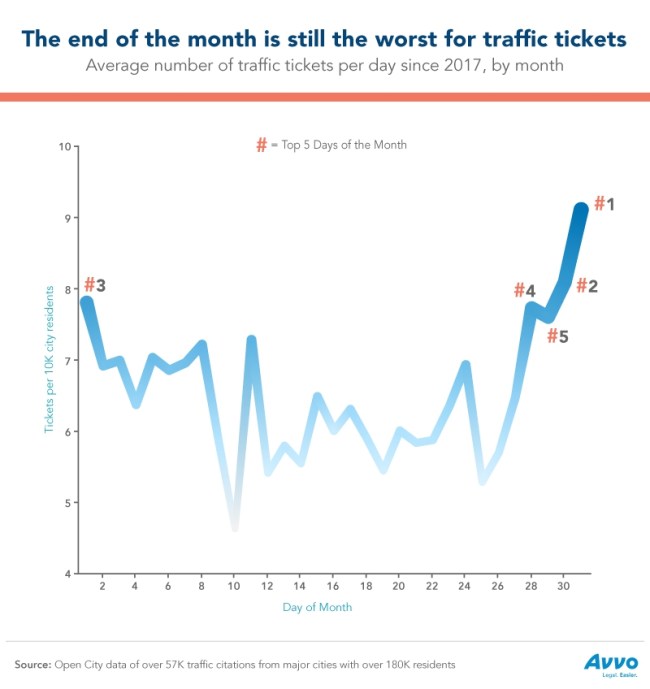 They also took a look at the most common charges stemming from traffic stops, with speeding violations easily leading the way. 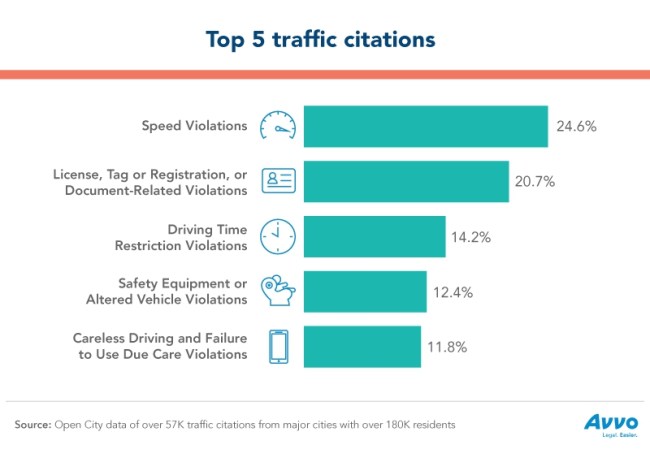 It also appears police officers are really into ruining your day before it even begins when you consider the most common time to get pulled over is during rush hour in the morning. 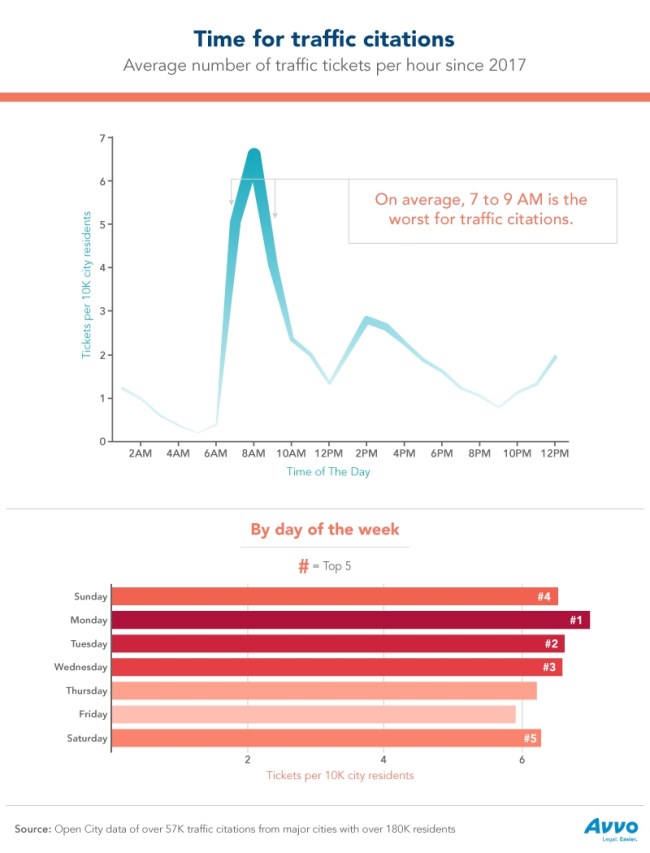 Thankfully, there are ways to lower the chance you get a ticket and potentially reduce a charge if you’re able to follow a few simple steps.

It’s not foolproof, but a little courtesy can go a long way.