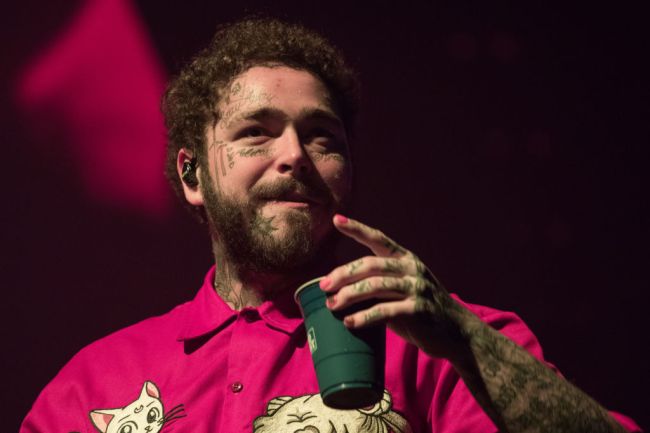 I’m not entirely sure what’s happening here, but I am all in and you should be too. Billy Strings posted an instagram photo on Thursday holding a shotgun alongside Post Malone with the caption “Redneck shit with my boy” and a hashtag “#fuckaroundandfindout.”

Malone, of course, you are familiar with. The rapper, singer, songwriter first of White Iverson fame, has reached the top of the charts on multiple occasions. What you may not know is that Austin Richard Post began his music career as more of a traditional folk artist, as opposed to the hip hop and rap influence that has skyrocketed him to fame. His cover of Bob Dylan’s Don’t Think Twice, It’s All Right is the only easily accessible video from the OG days, and it’s awesome.

The other artist in the instagram post does not share the spotlight, and unless you’re tapped into the country/bluegrass/folk scene, Billy Strings is an unfamiliar name. But he’s equally as talented in his own right. At 28-years-old, Strings is of similar standing, if not more famous, in the bluegrass world as Malone is in the hip hop/rap scene. For comparison, here he is jamming on the same Bob Dylan track.

Strings has ghostwritten, composed and helped produce a variety of country hits and has played with artists from Dierks Bentley, to The String Cheese Incident, to The Marcus King Band, to Widespread Panic. He was voted the International Bluegrass Music Association Guitar Player of the Year in 2019 and Rolling Stone Magazine called him “the star you don’t want to miss.” He recently put a bluegrass spin on Malone’s chart-topper Circles and it is hands down the best cover of the song to exist. (Shoutout Sierra Hall on mandolin!!!!)

Nobody except Strings, Malone and their people seem to have any idea what the collaboration could entail, but it’s going to be nothing short of awesome.