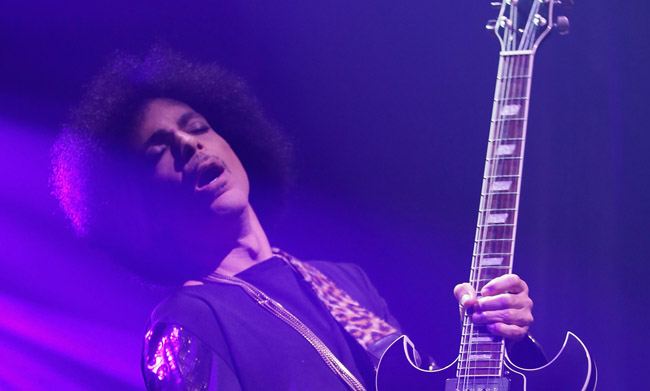 Prince passed away in April of 2016, but we are set to get some new music from the legendary singer. The estate of the late, great artist says previously unreleased music is “coming soon” and that it is “mind-blowing.” According to Prince’s estate, the singing sensation left behind “vast vaults” of unreleased material that is currently being mixed.

Troy Carter, who works for both the late artist’s estate and Spotify as its global head of creative services, told Variety the exciting news. “He was a guy who practically lived in a recording studio, and once we started going through [the unreleased material] we really started finding some gems,” Carter said. “I heard some music the other night that was pretty mind-blowing and we’re getting some stuff mixed right now. We’ve got great projects in the works that I’m excited to talk about. So the answer is yes, there will be unreleased Prince music coming soon,” he said.

Carter did not specify which music label would have the honor of releasing the new material. That is a very complicated issue on its own because Warner Bros. Records was Prince’s label for nearly 20 years and he had a number of labels in his incredible career. The singer had many disputes with Warner Bros. late in the relationship, even changing his name and fashioning his beard to say the word “slave.” Prince left Warner Bros. in 1996 and every album since was distributed by a different label than the one before it. Prince founded his own record labels; Paisley Park Records in 1985 and NPG Records in 1994. Prince re-signed with Warner Bros. in 2014. Prince’s final album, “HitNRun Phase Two,” was released independently on Tidal’s streaming service in 2015.

In his prolific 37 year career, he released 39 albums. There are six legal heirs to Prince’s estate and music library, but they have been battling each other for his assets. A lawsuit from last year nullified Warner Bros.’ $31 million contract with the estate’s former advisers and then negotiated a deal with Universal Music. Some of the unreleased music is probably from the Warner Bros. era so the unreleased music is still in legal limbo and threatens to halt or delay the release of the new music.