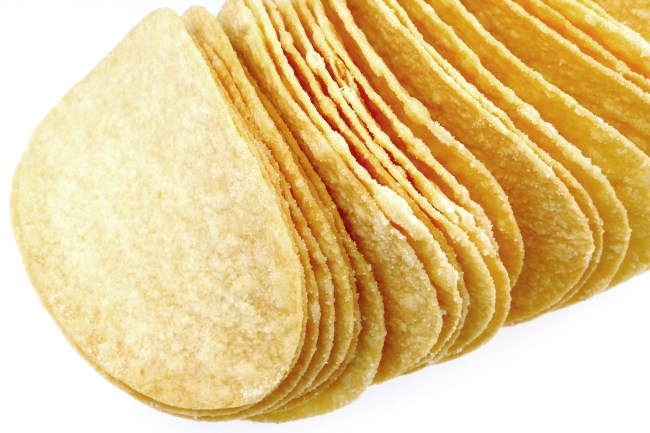 We are just about two weeks away from Thanksgiving 2018. That glorious day full of gluttony and indulgence where we gather around the table to eat as much food as our bodies can handle while slugging back expensive alcohol and watching NFL games.

Thanksgiving 2018 just got a little bit better thanks to Pringles. Last year, Pringles released eight limited-edition flavors that were served in a dinner-style tray. Those flavors included cranberry sauce, green bean casserole, mashed potatoes, and others. This year, Pringles is one-upping those flavors.

Beginning at noon today, fans of Pringles will be able to order the three new limited-edition Pringles flavors which include Thanksgiving Turkey, Pumpkin Pie, and Stuffing. Pringles released a teaser video a few days ago in anticipation of yesterday’s announcement and in hindsight, I guess we should’ve all seen this coming.

The flavors are available for purchase on Kellogg’s website while supplies last. I perused their website to find the limited-edition flavors for sale and couldn’t find the products. I’m assuming that means they sold out at midnight last night. Given the overwhelmingly positive response here, it’d be foolish to think that Pringles won’t release more.

Just writing up this article has completely mindf*cked me and now I’m currently contemplating going to Publix at lunch to buy all of the fixings to make stuffing tonight.

Currently writing up an article about the new @Pringles Thanksgiving flavors and now I can't stop thinking about Stuffing pic.twitter.com/CvBmgjLrVK

True or False? Stuffing and Mashed Potatoes are better parts of Thanksgiving than Turkey.