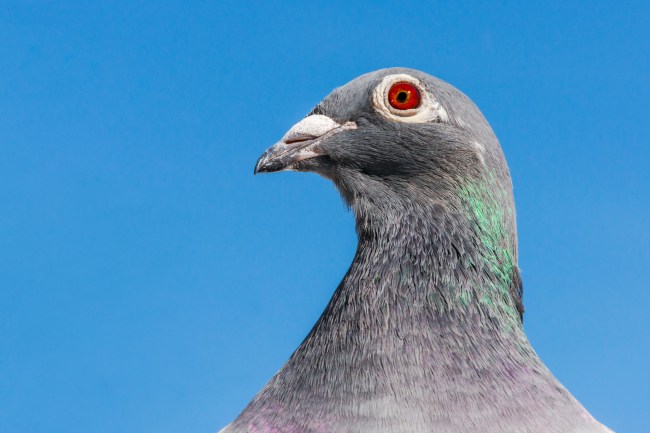 There are a lot of things I’d buy with $1.9 million (€1.6m / £1.4m) before I spent that money on a racing pigeon. I’m having trouble wrapping my mind around this one just like I did two years ago when someone spent a then-record $1.4 million on a racing pigeon described as the ‘Lionel Messi of Pigeon Racing.’ Does that mean that Leo is no longer the G.O.A.T.?!? Is that what I’m supposed to believe here after a racing pigeon named New Kim sold for half-a-million dollars more than the Messi pigeon??

Or is the most logical reason for this record-setting sale is people have completely lost their minds at this point in life and they aren’t spending fortunes on things because they should but are dropping that ‘f-you money’ because they can? I’m thinking this is the answer.

This excerpt from the article on the Guardian has left me with more questions than answers:

Bidding started at €200 on 2 November and rose to €1.31m in less than 90 minutes with a bid from a South African group. Two wealthy Chinese collectors then fought it out on Sunday.

“The only thing I can see is we are in total shock,” said Kurt Van de Wouwer, whose family bred New Kim.

Chinese enthusiasm for long-distance pigeon racing has driven prices up sharply, with birds from Belgium, which is considered the traditional heartland of the sport, being particularly prized.

Gyselbrecht said no other country had such a high concentration of pigeon enthusiasts as Belgium.

“So you have 20,000 pigeon fanciers in a very small country competing with each other on a very high level. It’s like the Champions League,” he said. (via)

This bird right here. This is what someone saw and was like ‘this is it’.

Nothing about this can convince me that a pigeon is worth nearly two million dollars. Nothing. I’ve made my mind up and I am not going to change it. Even if I win a billion-dollar Powerball jackpot and then put the entire fortune on lucky number ’13’ in Roulette and then invested all of that into a startup that quadrupled in value overnight and I am suddenly one of the wealthiest people on the planet, I still think that spending almost $2 million on a pigeon is amongst the dumbest possible uses of money imaginable.

I was just as confused two years ago when someone spent $1.4 million on a pigeon named Armando as I am today. Here’s Armando. To me, he looks like a regular pigeon:

Meet Armando, the million pound pigeon. After 0800, @BBCBreakfast will be joined by @official_rpra and one of their feathered friends to learn why Armando – described as the "Lewis Hamilton of pigeon racing" is one of a kind. #pigeon pic.twitter.com/dqxxKeIwCS

Long-distance pigeon racing involves releasing a pigeon hundreds of miles away and the first one to make it back home wins. That’s what makes these pigeons special. The ability to fly home. That’s it. They don’t get terribly lost.

This particular pigeon, New Kim, is only 2-years-old and only raced in 2018 where it was named the ‘best young bird in Belgium’ before being retired and pigeons can breed until they’re 10-years-old so New Kim could yield lots of chicks in the coming years…. When they put it like that, why not spend $50 million on a pigeon?!

I’m actually considering taking a $50 bill, walking outside, and setting it on fire just so I can have some sense of what it must feel like to drop roughly $1.9 million on a pigeon. There are over 400 MILLION pigeons in the world, by the way.

For more on this record-setting sale, you can head on over to the Guardian‘s report.