Rapper Azealia Banks Shoots Her Shot At Kanye West, Says She’s Ready To Give Birth To His ‘Demon Entity’ 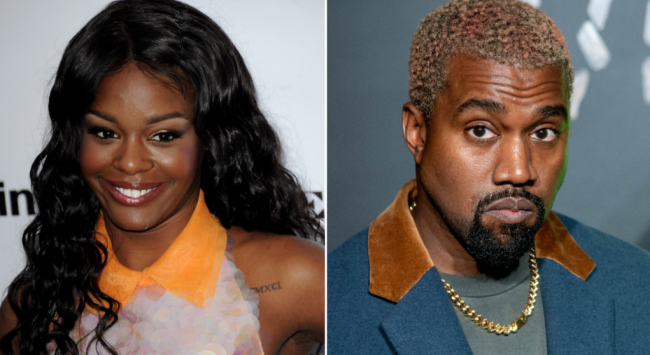 Kanye West is looking for a new girlfriend after recently breaking up with Kim Kardashian and he already has someone who’s interested in hoo.

Earlier this week, the NY Post reported that Kanye wants his next relationship with an “artist” or someone in the creative world.

Kanye West is already thinking about his next relationship.

The newly single rapper — who is in the midst of a divorce from Kim Kardashian — wants his next relationship to be “with an artist and a creative person,” a source tells us, explaining it’s so “they can speak the same language to each other.”

Rapper Azealia Banks feels like she fills all the boxes Kanye is looking for and decided to shoot her shot at the recently single billionaire entrepreneur in the strangest way possible.

Azealia Banks wasting no time at all shootin her shot on Kanye West 😱 pic.twitter.com/q6ja9FzDDD 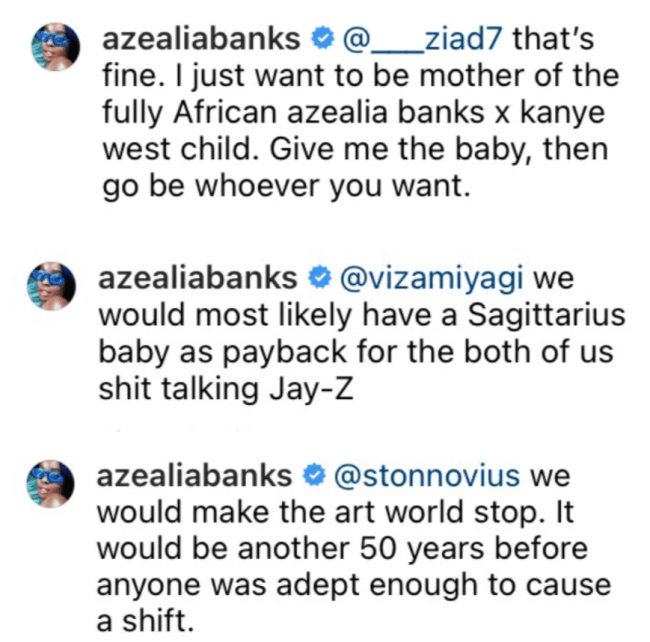 Kanye is probably going to pass on Azealia Banks considering she once claimed he was lying about being bipolar.