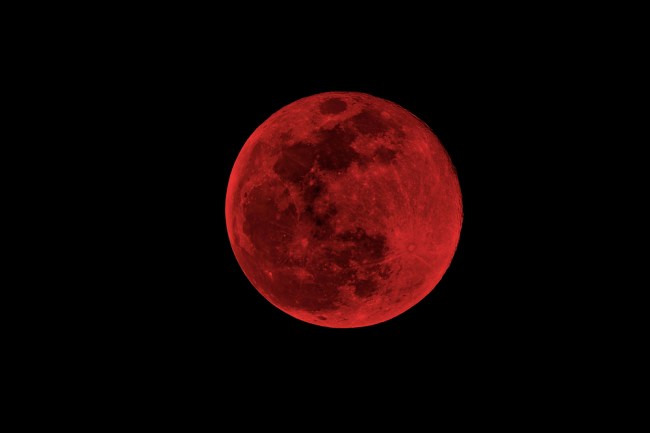 Bros, we’ve got a three-in-one coming at us tonight. A Super Moon, Blue Moon, and a Blood Moon. This hasn’t happened since December 1982, 35 years, and this badass confluence of lunar events is set to take place tonight/tomorrow morning depending on where you are in the country.

A Super Moon happens when the moon’s closest approach to the earth on orbit coincides with a full moon. This gives the impression that the moon is absolutely massive. A Blue Moon is when we get a second full moon within a single calendar month. In this case, the Blue Moon falls on the 31st of January. And a Blood Moon is the phenomenon in which a total eclipse causes the moon to appear red as sunlight is refracted through the earth’s atmosphere. All of this will happen tonight, and if this was 1,000 years ago everyone would wake up tomorrow thinking the world was ending.

It’s the eclipse/Blood Moon that will bring all three of these events to fruition and cause this to be such a rare event. That takes place in the wee hours of tomorrow morning at 3:48 a.m. PST (6:46 on the East Coast). Because the sun will already be in the process of rising by 6:46 on the East Coast we’ll only get a fraction of the effect while the West Coast will get a truly cosmic experience.

If you happen to live in a part of the world where the eclipse isn’t visible you can still get in on the action. It will all be streaming live on this telescope website. National Geographic has a TON of info on the Super Blue Blood Moon. Where you can see it. What times to see it. And what makes this such a unique event. So click on over to Nat Geo for more info.