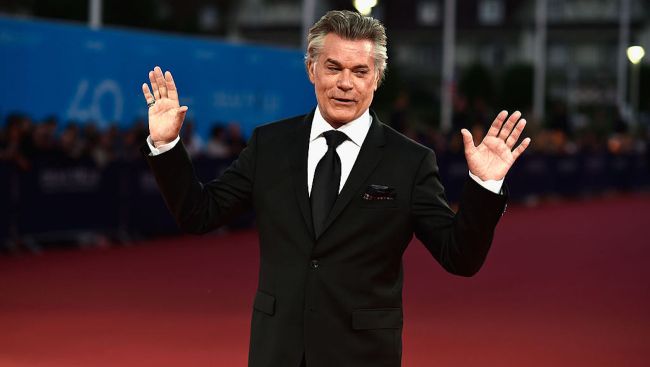 Legendary Goodfellas star Ray Liotta has tragically passed away at the age of 67-years-old and the response from movie lovers and makers alike has been one of devastation, as virtually everyone who ever saw Liotta’s work came to love him as an actor.

Liotta, 67, reportedly passed away in his sleep while on location filming a new movie in the Dominican Republic. While no further details about Liotta’s death are currently available, reports indicate that no foul play is expected.

The late New Jersey native was best known, of course, for his role as Henry Hill in Martin Scorsese’s 1990 crime drama Goodfellas, which has seen developed a reputation as being one of the greatest films ever made.

Ray Liotta. Man. Just met dude for the first time last year. GREAT actor. Nice to have had a chance to say that to him. RIP.

RIP the great Ray Liotta, who could make movies feel chaotic in the best way.

'Goodfellas' is one of two films that I often say ignited my love of movies and set me on the life path that I'm currently on. I remember ever so vividly seeing the opening trunk scene and realizing "Wow, movies can be like THIS?! Okay then."

There’s a lot I didn’t like about this movie but doubling down on Ray Liotta and having him play another character they only introduce moments after killing his first character? Perfect. https://t.co/SjMz7uNKeJ

Super Sky Point to the great Ray Liotta. Henry Hill and Shoeless Joe, that’s one hell of a career and there was a whole lot more. This one hurts. #RIP pic.twitter.com/AcGTS3iAYu

RIP Ray Liotta. One of the best performances and narrations in film history ❤️ pic.twitter.com/bEsgUt7uRK

RIP Ray Liotta I'll always remember you for beating up a creep in his own driveway pic.twitter.com/T3Ww23pOpg

RIP, Ray Liotta. One of his last roles was also one of his best, as the unnervingly calm Uncle Sal in The Many Saints of Newark. pic.twitter.com/FLZBll4aGu

“Every time I come here. Every time, you two!” One of my favorite shots in one of my favorite movies, #Goodfellas. RIP to an absolute legend. The ultimate Goodfella & the perfect wise guy, Ray Liotta.pic.twitter.com/Wf1Tw7HYon

One of the greatest scenes in movie history. RIP Ray Liotta.pic.twitter.com/yo6Y6kqLjM

Ray Liotta listing his chores while being paranoid on coke and a helicopter was following him was one of the best bits in a film ever, he’s been in so many classics RIP to a legend.

From his first firecracker moments in Jonathan Demme's Something Wild that got him his part as Henry Hill, Ray Liotta always had something so special: sleazy, dangerous, sexy, shrewd behind those blue eyes. I'm at a loss – I thought he was too tough to die. pic.twitter.com/LrafIo833x

While Liotta was approaching his 70s, his acting career certainly wasn’t showing any signs of slowing down, having starred in two films in 2021 — No Sudden Move and The Many Saints of Newark — and had a bevy of projects, such as Cocaine Bear and The Substance, lined up in the coming years.

During his four-decade-plus-long career, Liotta starred in over 100 films, which the most significant being Martin Scorsese’s 1990 classic Goodfellas, which saw Liotta star as real-life gangster Henry Hill alongside the likes of Robert De Niro and Joe Pesci. In addition to Goodfellas, Liotta was also known for roles in Something Wild, Field of Dreams, Cop Land, Hannibal, John Q., Killing Them Softly, The Place Beyond the Pines, Marriage Story, and more.