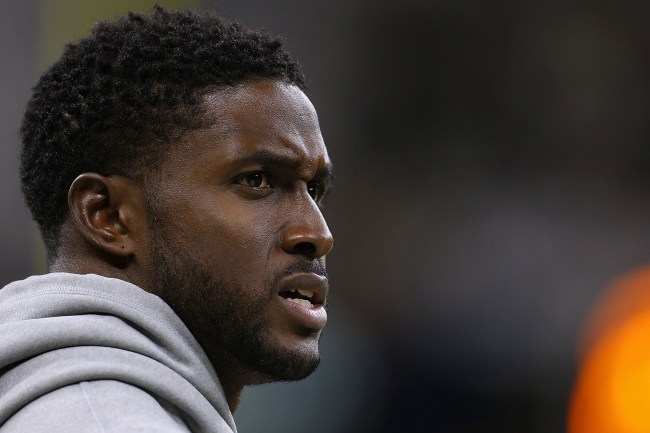 Heisman Trophy winner Reggie Bush was the most electric college football player to ever live. He went on to have a solid 10-year NFL career but was hindered by injuries. To counteract his struggles staying healthy, the former Southern California running back has been vocal about his weight-lifting regimen and how he treats his body. When his playing career was over, the now 35-year-old dabbled in media before joining Fox Sports’ Big Noon Saturday desk last year. The show, hosted by Joel Klatt features Bush alongside Matt Leinart, Brady Quinn and Urban Meyer.

At halftime of this weekend’s late-window game between Washington State and Oregon, the crew started to discuss a photo of Los Angeles Rams defensive tackle Aaron Donald. Highly regarded as one of the biggest and strongest men in the NFL, Donald stands 6-foot-1, 280 pounds. Klatt asked Bush if he works on getting his trapezius muscles as profound as Donald’s and Bush responded by saying that because he is no longer playing, he doesn’t get as big.

Reggie Bush says he doesn't need to get big anymore because the traps get in the way of his golf swing pic.twitter.com/hW8oXZkdSM