Bros, This Is Your Friendly Reminder To Take Down Your Damn Christmas Tree Already 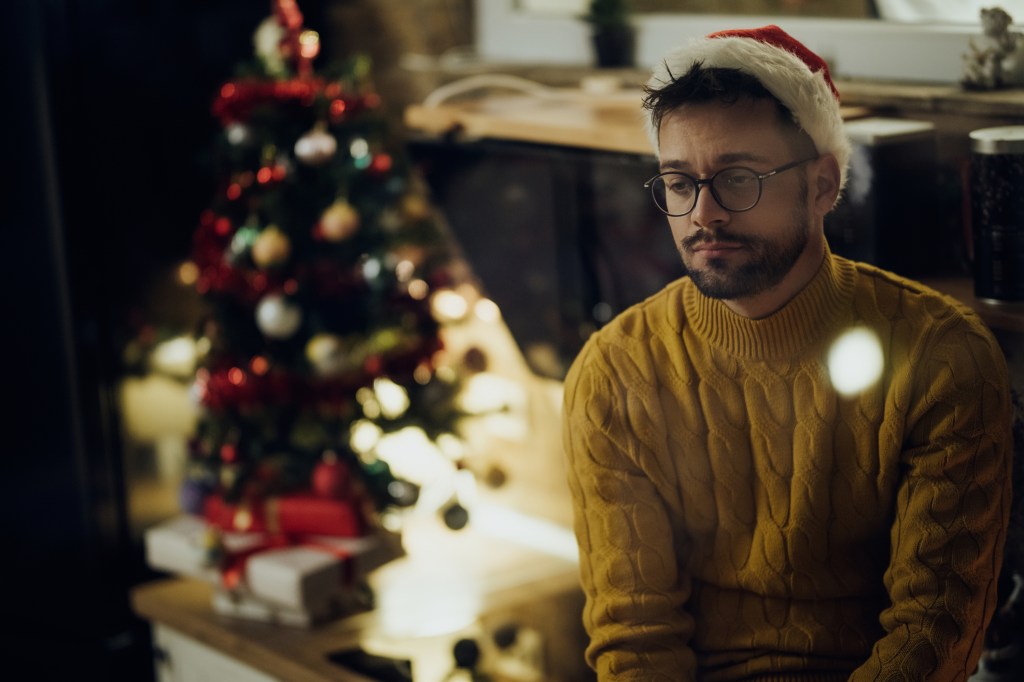 Christmas is over. It has been for well over a month. Yet you’d never be able to tell if you were to stop by my apartment to drop off a case of beer. Seriously, do that. Just don’t be shocked when you walk into my living room and see that my Christmas tree is still standing in the corner, all lit up Times Square-style, just like it was in December.

It’s not that I’m one of those lunatics who keeps festive decorations up all year-round to celebrate every godforsaken holiday that comes across the calendar. I’m not some hippy with a freaking birthday tree. I’ve actually been meaning to take it down for weeks, but I’ll be honest, I just have more important things to do.

There is beer to drink, games to watch, bison steaks to eat, and well, there is beer to drink. Even if my only activity for the day is sitting around waiting for a giant asteroid to come crashing through the roof and end it all, the last thing I want to do is tear down a freaking Christmas tree.

After all, there’s a pretty good chance that an asteroid is coming to snuff us out soon enough, and nobody wants to get caught in a downpour of flaming space puke while disassembling holiday adornment. So I’ve been procrastinating the breakdown, and I’ll probably continue to do so for months. My Christmas crud has been known to linger until the end of April.

The superstitious believe that leaving a tree up after New Year’s will bring them bad luck. These fools think that if the tree isn’t gone before midnight on the last day of December that they’ll somehow be stricken with twelve months of misfortune. Sounds ridiculous, right?

Still, considering the non-stop thrill ride of 2020, everybody and their brother must have left their 2019 holiday decor up too long. At least enough of us that the crap luck fairy and his elves of mass destruction decided to swoop down and punish the whole of humanity with the apocalyptic equivalent of a five-finger proctology exam. If you’re like me, the ass on your eternal soul is still aching from the savage grudge humping you got as a result of a disastrous year.

It was a miracle that I could even afford Christmas at all in 2020 with the economic herky-jerky that erupted. And I wasn’t alone. Millions of people were still unemployed and not getting any help when the holiday season crept in. Yet, even though most folks were only hanging on by a thread, everyone still felt obligated to buy Christmas gifts for their ungrateful family and friends. There’s little doubt that the last holiday season nearly broke America. It almost did me! In a way, I feel like the tree is a symbolic instigator. That leaving it up much longer only serves as a cruel reminder that I may have to sell a kidney to get through it this year.

I sometimes wonder what our Christmas trees would say if they could talk. More likely than not, they would probably spend the post-holiday hours shaming us for the life choices we’ve made — starting with our inability to put away a few lousy holiday decorations before Spring. By now, they would have surely gone on a shit-giving streak that would rival the one our dads used to dish out when we were teenagers after expressing a desire to make a career out of something artistic. Mine is one of those artificial Dollar Store trees, so you can almost bet that it would be a real dream-crushing beast, getting all up in my face and poking its branches into my chest — just trying to get me to swing on it so it can have me arrested. I can almost hear the beratement now:

“You know, if you had just gone to law school and used that smart f*cking mouth of yours to actually make some real money, then you wouldn’t be such a broke ass loser living in this crap hole apartment in Indiana. But no, you wanted to become a writer. A writer, please. Get a real job! All you’ve ever really wanted was another excuse not to do any hard work and day drink your liver into an early grave. But guess what? You’re too dumb to even die young. And what about me, huh? I deserve better than this. I’ve been wearing the same boring ornaments since you picked me up seven years ago, and some of my lights don’t even work anymore. Listen, I’m not some ghetto shrub that you can just piss on in the yard. I’m a whole ass tree. Jesus, It’s like you don’t even care if I’m happy. You don’t. You can’t! Because Christmas has come and gone, and yet, I’m still up here working like a third shift stripper with a wooden leg while you waste away on the couch, getting trashed and thinking about asteroids. Well, f*ck you, you slave-driving bastard! If you don’t take me down soon, I’m going to start an electrical fire and kill you in your sleep.”

This taunting would inevitably continue until I went over there, ripped the tree apart, and tossed it out into the street with the rest of the garbage. I might even have to get a restraining order against the damn thing to keep it from exacting its revenge. All I know is I’m getting rid of the tree as soon as I finish this column. I don’t need the added hassle of a loud-mouthed arbor in my world, and neither do you. Kick those Christmas trees to the curb, fellas! They’re toxic and soul-crushing to the core. Anyway, if 2021 ends up being as ferocious as last year – and it might be — you won’t want any of that festive crap lying around calling to mind the fact that you only have another few short months to save up money for gifts. Like it or not, Christmas always comes back.