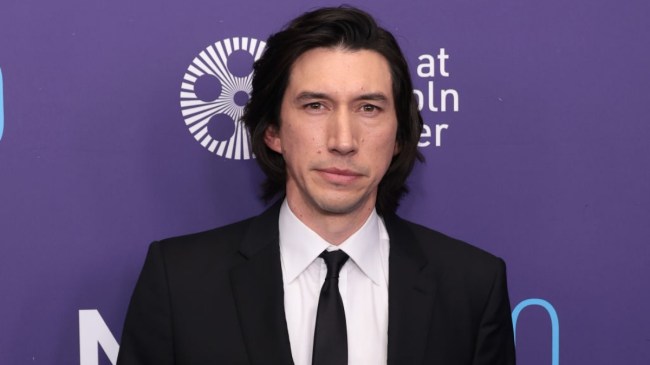 Ever since it was announced that Marvel would be making a Fantastic Four movie, fans have waited patiently to learn who would be taking on the roles of some of the most beloved comic book characters in history.

For a while, fans were hoping they’d see John Krasinski and Emily Blunt take on the roles of Reed Richards and Sue Storm. Krasinski did end up playing Mr Fantastic, but only for a short time in the last Doctor Strange movie.

After that, fans were expecting to learn what the long-term Fantastic Four cast would look like at San Diego Comic Con, but an announcement never came.

Now, a report from The Hot Mic podcast has fans believing that a massive casting could be coming soon.

According to the report, Adam Driver met with Marvel about a role in the Fantastic Four movie, which has fans believing that he could be playing Doctor Doom in the MCU.

Adam Driver for any Fantastic Four role would be wild https://t.co/F02Iv8GvcC

If this does mean that Driver is going to become the MCU’s Doctor Doom, it would mean that another MCU rumor that has been making the rounds for months was never actually true. That rumor is that Doom will actually appear in Black Panther 2, which would be very unlikely if Marvel was still casting the character over the summer.

However, there are plenty of other roles that Marvel could want Driver to take on in Fantastic Four. There’s always the possibility they want him to portray Reed Richards or a variant of the character after John Krasinski portrayed the character.

Fans have also been waiting to learn who will eventually play the Silver Surfer in the MCU, a role that would likely keep Driver busy for years if he were to take it on.

There are also plenty of other villains that the Fantastic Four have encountered since their creation in 1961 that could be played by Driver, including Galactus, Annihilus, or Molecule Man.

Whoever ends up being cast for the movie, fans will just be excited whenever they finally get an update on the cast.