‘Rich Kid Of Instagram’ Accused Of Scamming Over 1,000 Investors Out Of More Than $4.5 Million 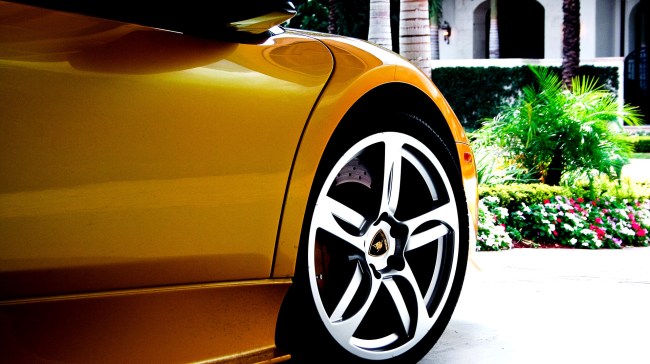 This story is like a bunch of signs of the times all wrapped up into one. Gurvin Singh, a British foreign exchange trader known as the “Rich Kid of Instagram,” is accused of ripping off as many as 1,250 people who invested more than $4.5 million in a now-closed Bahamas fund he was touting.

Singh is currently under investigation by the UK’s Financial Conduct Authority and the British police fraud unit is also involved, reports Metro.

Utilizing the trading platform Infinox, the 20-year-old reportedly used a team of what he called “affiliate marketers” he named GS3 Trades to get clients set up with the fund. Alleged victims, most between the ages of 18 and 25, claim Singh also had at least five WhatsApp groups with 250 investors in each one.

Although the group had access to some data tracking their fund, they argue they were duped into thinking it was doing better than it was. They were pointed to an app monitoring completed trades, showing consistent profits for months. But another app monitoring the amount of money still in open trades told a different story. Losses of a few thousand pounds crept up and then started snowballing into the millions from October. Metro.co.uk has seen screenshots of investors being discouraged by GS3 marketers from checking the second app or believing what it says.

The money now appears to have ended up with a broker in the Caribbean and could be unrecoverable.

Investors in Singh’s fund were told on Christmas Eve that the fund would be closed until March due to “Brexit-related headwinds,” but when they attempted to contact him they were either ignored or met with angry replies. None of them have heard from Singh directly since that announcement.

Just days before hundreds of investors saw their investments become worthless, Singh posted Instagram pictures of himself driving a Ferrari in Paris.

According to Metro/, who spoke to Singh, he claims innocence, saying he was “working on another company’s behalf” and that “his sub-affiliates” may have made false claims “while impersonating him.”

He also claimed that investors signed a contract with a broker regulated in the Bahamas, however, according the UK’s Financial Conduct Authority, “This firm is not authorised by us and is targeting people in the UK.”

Singh had previously stated that he was not doing anything that needed a regulator’s approval.

Singh has since had his @gs_3 and @gs3trades Instagram accounts, which had more than 170,000 followers, deleted due to “a matter linked to the police,” so now he’s apparently just a “Kid” – no longer “Rich” or on “Instagram.”