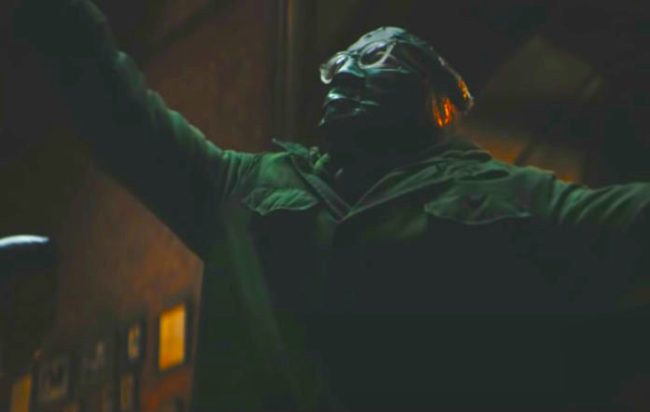 Of all of the Hollywood delays caused by the coronavirus, The Batma being pushed back from June 2021 to March 2022 is the one that bums me out the most, by far.

While The Riddler is featured quite heavily in the truly incredible first trailer for The Batman, we don’t actually get all that good of a look at him, making this new Mountain Dew packaging perhaps our best look at a fully-costumed Riddler yet.

The soda itself is dark blue with a green cap and details. The drink color reminds us of the Mountain Dew Dark Berry that was released in 2012 for The Dark Knight Rises film. The mixed berry flavor was apparent in the name, but Riddler’s Brew isn’t giving us too many clues.

The Batman was set to be released in June 2021, but has been pushed back to March 2022. It would only make sense that this means Riddler’s Brew is also pushed back to correspond with the film.  Based off of other leaked materials, The Batman promotion will also be featured on the original Mountain Dew and Mountain Dew Zero Sugar bottles. [via Best Products]

The packaging potentially gives us our first look at a fully-costumed Riddler.