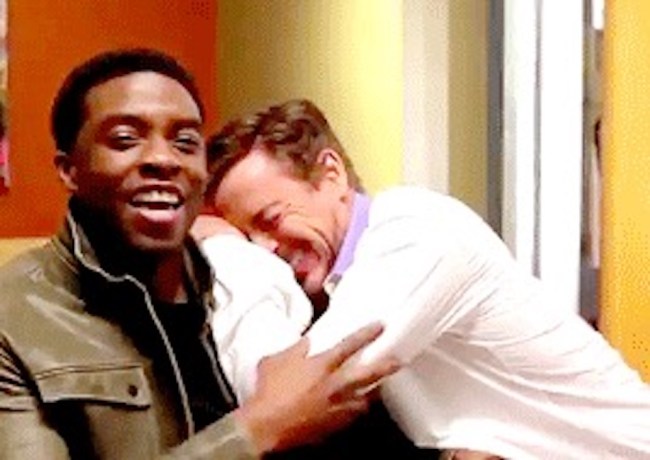 Last night’s MTV Movie Awards, which looked like they were something out of a subpar young-adult dystopian future fiction novel, wasn’t an entirely cringe-worthy affair, as MTV brought in Marvel Cinematic Universe stars Robert Downey Jr. and Don Cheadle to pay tribute to their late friend Chadwick Boseman.

Boseman, who tragically passed away in late August following a four-year battle with colon cancer, starred as Black Panther in the MCU, famously bringing the T’Challa, the King of Wakanda, to life on the big screen for the very first time. In that sense, Boseman truly was a Hero of the Ages, as he brought a character to life that inspired an entire generation and an entire culture.

Due to his impact, MTV decided to recognize Boseman’s achievements with the Hero of the Ages honor and brought in his friends and former co-stars, Downey Jr. and Cheadle, to present the award.

Despite it being almost four months since Boseman’s passing, his death still feels like something out of a nightmare that we’re all still waiting to wake up from. And while the end of this nightmare that is 2020 may not bring Boseman back, at least now, the end if finally in sight.

Rest in Peace, Chadick, everyone misses you. Wakanda Forever.