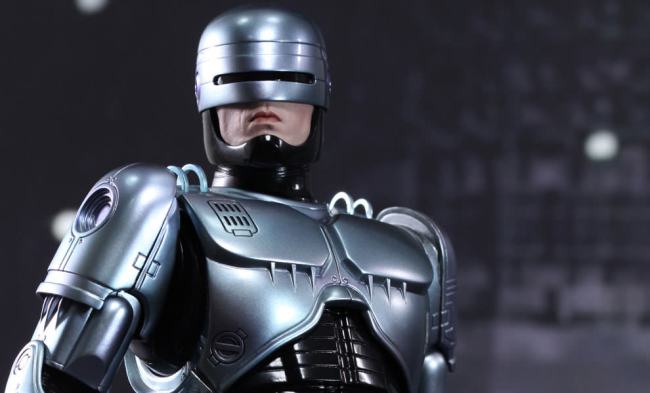 Way back in 2011, a genius individual with a glorious vision wrote a tweet that sparked a mission. One maestro composed a brilliant tweet to then-Detroit Mayor Dave Bing 10 years ago, “Philadelphia has a statue of Rocky & Robocop would kick Rocky’s butt. He’s a GREAT ambassador for Detroit.” That one tweet ignited a decade-long pursuit to construct a RoboCop statue.

In what has been 10 years in the making, the RoboCop statue has finally been completed. Standing in at 11-feet-tall and 3,500 pounds, the new RoboCop statue is tremendous!

the RoboCop statue is finally going to happen in Detroit!?? 2 tons and 11 ft tall. what a fucking masterpiece man pic.twitter.com/z0sdOe9CxQ

“We had to contact MGM who owns the likeness of RoboCop. It became a really long process,” Walley told MLive. “We had to get the exact model made. That model had to be blown up to over a 10-foot mold. That happened in Vancouver, and Idaho. That took years as well. The owner of Venus Bronze Works went through a cancer scare. That was two more years.”

However, the massive statue based on the beloved sci-fi flick from 1987 doesn’t have a home. The RoboCop statue was supposed to serve and protect Detroit, where RoboCop cleared the street of creeps and scumbags. The two-and-a-half-ton bronze statue was originally supposed to be displayed at the Michigan Science Center in Detroit. However, as it has done with everything else, the coronavirus pandemic ruined that possibility.

“Due to unprecedented pressures from the coronavirus pandemic, resources must now be entirely focused on our core mission of serving Michigan’s students and families,” the Michigan Science Center said in a statement.

Adding a level of difficulty, moving the 3,500-pound statue and building a foundation will cost tens of thousands of dollars.

“I can say there’s interest from some great spots around Detroit,” Walley said, but cautioned, “We’re not close to closing any deals right now.”

“Right now, we’re just celebrating that he’s done and he looks great,” Walley said. “A structure like that, with the prep work for the base, it needs to be warmer weather anyway.”

If the statue goes up for sale, the owners should know that I’d buy that for a dollar!