Rodney Harrison On Antonio Brown: ‘What We Witnessed On Sunday Was Mental Illness’ 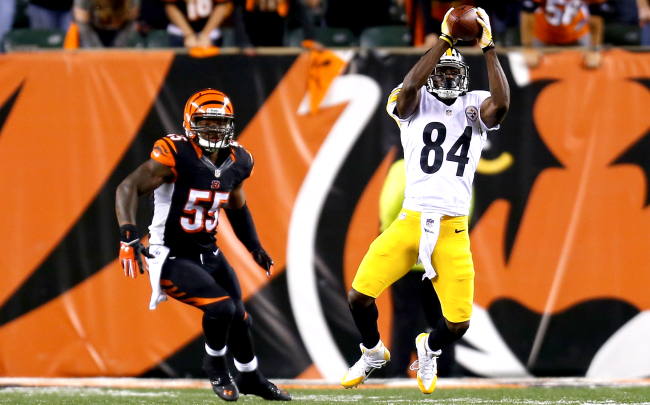 If you are an NFL fan then you have more than likely seen the hit Antonio Brown took from Vontaze Burfict in the 2016 AFC Wild Card Game.

Many have speculated that after years of playing football that hit was the one that altered something in Antonio Brown’s brain.

On Tuesday, former NFL defensive back Rodney Harrison told NBC Sports that he believes Antonio Brown is suffering from CTE and the NFL needs to step in and help.

“I played 15 years in the league, I was never completely out like that,” Harrison added. “He’s completely out. That is a concussion. That is something that is going to stick with you for the rest of your life.”

He’s not wrong. And Harrison would know.

Back in 2013, he said he guesses he had suffered at least 20 concussions during his 15 year NFL career.

“So when you talk about, you know, inconsistent behavior, mood swings, you imagine your son or somebody you know getting hit like this, this has permanent damage to it,” Harrison continued. “And I would want to league to come in, and I’m not blaming the league at all, but I would like for the league to come in and really help this guy because what they witnessed and what we witnessed on Sunday was mental illness, it was CTE, it was him making a bad decision. It was all those different things.

Something definitely changed with Antonio Brown after the 2016 hit from Vontaze Burfict.

Prior to that hit, Brown was, at least on the surface, a model citizen. Heck, he even appeared on Dancing With The Stars in March of 2016 and made it to the semifinals.

After that hit, Brown’s life has dramatically spiraled out of control.

It's been an eventful last 3 years for Antonio Brown.

A look at the several notable incidents, via @ESPNStatsInfo. pic.twitter.com/GeW0dwQIli