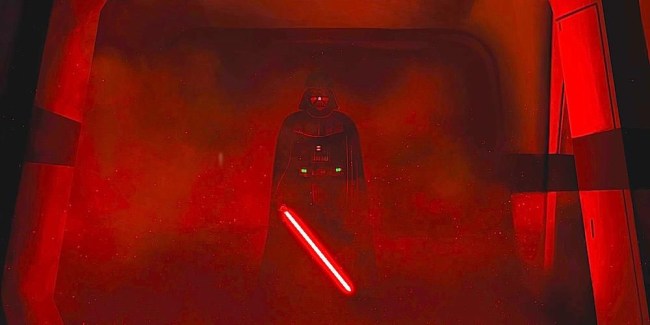 It’s been quite the week in the Star Wars galaxy. Not only did Disney unveil a bevy of new projects during their Investor Day event, and not only is the season two finale of The Mandalorian dropping on Friday, but this week also marks the anniversary of two of the franchise’s most divisive entries. Yesterday, December the 15th, was the three-year anniversary of Star Wars: The Last Jedi, while today, the 16th, marks four years since the release of Rogue One: A Star Wars Story.

At the time of Rogue One‘s release, it was set to be the first of spin-off films that were designed to tell one-off stories within the Star Wars universe, such as Solo, which arrived two years later in 2018. Given the reception to both Solo and some of the sequel trilogy films, those plans were ultimately scrapped and replaced with the strategy that was unveiled at their Investor Day last week.

As a result of that strategic franchise realignment, Rogue One now simultaneously stands as both the first of its kind and the last: the first Star Wars spin-off film and also the *best* Star Wars film since the original, groundbreaking trilogy.

Despite the pressures of being directly connected to A New Hope, the film that started it all, Rogue One avoids all of the common trappings of past Star Wars films, most notably the obsession with and overwhelming presence of the Jedi.

Here's why Rogue One is the best #StarWars movie: the sense of true rebellion, of defiance no matter the cost.

For the first time, Rogue One makes you feel like Star Wars is exactly that — a war. A war in which sacrifices are made, lives are given, and legends are born. https://t.co/b261cwdprJ pic.twitter.com/bDOSxlS4KU

In Rogue One — the first true “war” film in the Star Wars galaxy — the idea that the heroes are the rebels on the ground, and not the mythically powerful Lightsaber-wielding beings, is as poignant as that notion has ever been, which is only further evidenced by the fact that not a single member of the Rogue One crew survives the mission. This isn’t a Star Wars story simply designed to set up a sequel: it’s a tale of redemption that culminates in the ultimate sacrifice.

Then, of course, there’s the truly iconic Vader scene, which was famously added after-the-fact in reshoots. While just two-minutes long, the film-ending climax is perhaps the most powerful and ruthless display that fans have seen from Darth Vader, one of the greatest villains in the history of American cinema.

Whereas all of the Disney-Star Wars films seemed to be consumed with their past Rogue One, literally set in the past, is able to avoid those trappings because it always knew it had no future. Rogue One is, in its simplest form, a complete story about all of the things that make the Star Wars universe excellent — family, sacrifice, rebellion, doing the right thing — and that’s why it’s the best in the franchise in a generation.