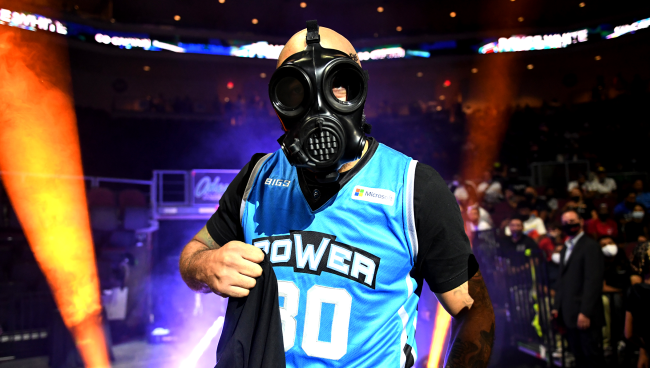 At one point in his life, Royce White was a highly sought after NBA prospect. He was the 2009 Minnesota Mr. Basketball and won two high school state championships. His life has been one strange story after another ever since.

After accepting a scholarship offer to play basketball for the University of Minnesota, White pleaded guilty to theft and disorderly conduct over an incident at the Mall of America. As a result, he was suspended for the 2009–10 basketball season.

While sitting out, White was the subject of of a theft investigation at the University of Minnesota and was eventually charged with trespassing.

He then announced he was leaving the school with a YouTube video before notifying the athletic department of his plans.

Next, White was given a scholarship to play basketball at Iowa State. There he finished the season as the team leader in points, rebounds, assists, steals and blocks.

With that success under his belt, White declared for the NBA Draft, forgoing his junior and senior years in college.

White was drafted by the Houston Rockets with the 16th pick in the NBA Draft, but would never play a game for the team.

He held out, mainly over the NBA’s mental health policy and his fear of flying. The Rockets then agreed to allow White to travel by personal bus rather than by plane.

After just a few preseason games, White disappeared and the Rockets assigned him to the Rio Grande Valley Vipers in the NBA Development League, where he also was a no show.

White did eventually play for the Vipers, but missed several games, he claims, on the advice of doctors.

The next season, after the Rockets traded him to the 76ers, who then cut him, White signed with the Sacramento Kings.

Royce White, the 16th overall pick in 2012, never did score a point in the NBA

He played in three games for the Kings and ended his NBA career with a stat line of 3 minutes played, 0 points, 0 rebounds, 0 assists, 0 blocks, and 0 steals.

In 2016, White played for the London Lightning of the NBL Canada and was named the regular season league MVP.

After receiving an 11 game suspension during the 2018 playoffs for an altercation with an official and the deputy commissioner of the league, his NBL Canada career was over.

Royce White is now screaming at the deputy commissioner. I have never seen this in sports and I have covered junior C hockey in the rural Maritimes. #cbcnl pic.twitter.com/9CeW43qnSr

In 2019, White was the first overall pick in the draft for the BIG3 league. He was ejected from his very first game in the league for getting into a fight with Josh Smith. His season ended with him scoring 63 points on 22-of-56 shooting from the field.

And now he is running for Congress in Minnesota’s 5th Congressional District. We know this thanks to a bizarre video he posted to social media on Tuesday.

Today I’m officially announcing that I will be running for Congress in MN-CD5 against Ilhan Omar. It’s time to clean house. God Bless America! The Fight Continues… #Godspeed pic.twitter.com/Wx3GLZ8AcY

NEW: Royce White has several pending legal problems, according to public court records. This 🧵will post details. First, White has at least five active judgments against him, totaling $177,855.44. The judgments include unpaid child support. https://t.co/4DqLyODKca pic.twitter.com/KRMRI96ARX

Seems like the money you're gonna spend on a failed Congressional campaign would be better served going to your kids that are owed money, but idk.

That you on the right? pic.twitter.com/YLEzYHxqpm