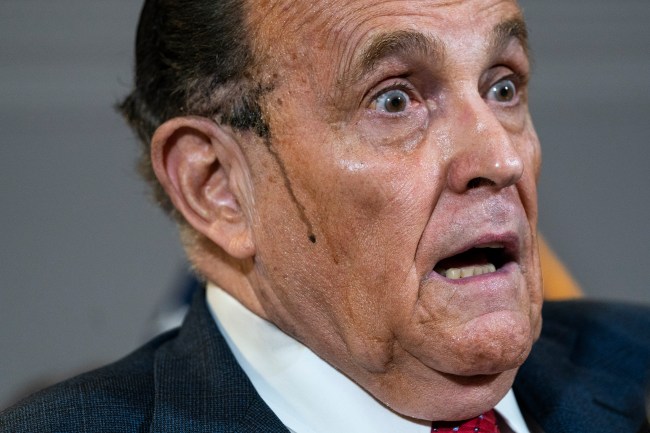 I love a good fart. How can you not? In the history of this planet, there may not be a single thing that has ever been as consistently funny as someone accidentally pumping out a fart. Farts will most likely be undefeated for the rest of time. But it’s always funnier if you are the one who smelt it, and not dealt it, and this week former mayor of New York City and current attorney of Donald Trump, Rudy Giuliani, is on the hot seat for ripping what appears to be a fart during a public hearing.

It has been a rough month for the former mayor. Not long ago, Giuliani went viral for working up a sweat during a speech and having his hair dye come funneling down his face for the public eye to see.

It appears that Rudy Giuliani is sweating through his hair dye. pic.twitter.com/OY3dGL1BtX

But that’s not why we are here today, let’s get into the hard-hitting debate on whether or not Rudy boy let one slip during this Michigan hearing. (second video below)

I present this clip of Rudy Giuliani testifying without editing or commentary. (Watch for the 👀) pic.twitter.com/h4ndjLO56p

If it sounds, looks, and smells like a fart, it usually is, indeed, a fart and I think that is exactly what we have here. The quick turn from the woman next to him leads me to believe that even she knows what she heard and her entire face just screams fart. When you take a closer look here at Rudy you can see him just slightly pop up that right butt cheek and quickly let one fly.

What job I have here at BroBible, 8 AM and my first task of the day is uncovering whether or not someone farted.