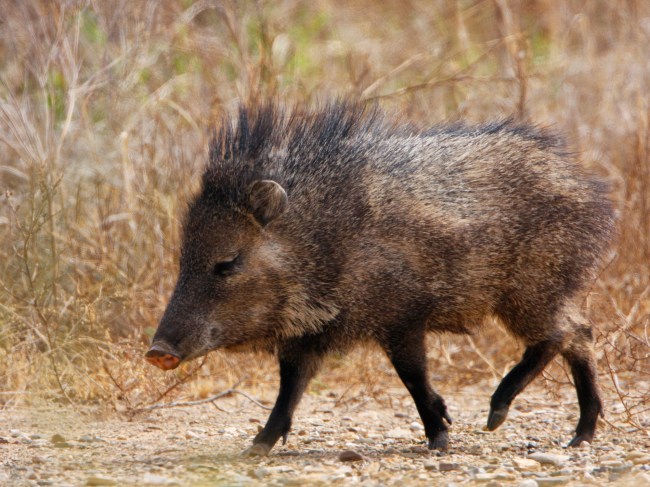 The Javelina isn’t a type of pig that I’m accustomed to seeing in Southwest Florida but it’s a species that can be found throughout the Southwestern United States. Also known as the Skunk Pig, Javelina, or Peccary, this pig is straight-up hauling ass and it has sprinted its way into the Internet’s heart.

This clip of the sprinting javelina is quasi-interesting by itself but once people started setting this clip to random songs it REALLY began to take off on Twitter. This is where it all began, a javelina running in Tucson, Arizona. The tweet went out on February 24th and has since exploded:

A javelina was caught speeding near 22nd and Kolb in Tucson. https://t.co/NPmuBvrATc pic.twitter.com/X1F1StOYVG

I first came across the sprinting javelina in this Daddy Yankee ‘Gasolina’ tweet from the @javelinarunning Twitter account which has already amassed over 1,700 followers since this meme began to take off.

There were plenty of joke tweets at first before the music tracks were added:

creative directors picking up the scent of anything with awards potential https://t.co/AqLyP4fBog

Then the music hit and the running javelina meme exploded in popularity. Here are some of the best, so far:

A personal favorite of mine:

This Beastie Boys one just seems to work perfectly:

Bonnie Tyler- Holding Out For A Hero pic.twitter.com/dL313hrVlr

Carly Rae Jepsen- Run Away With Me pic.twitter.com/lzCDE8gnMw