Ryan Gosling Set To Star In A ‘Wolfman’ Reboot 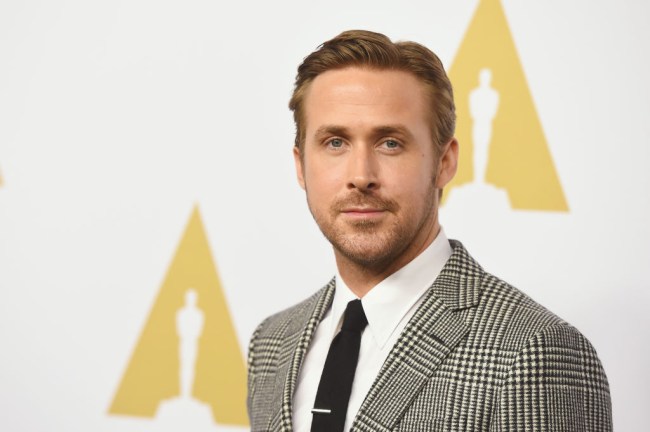 A few weeks ago, I accidentally found myself going down the Ryan Gosling rabbit hole.

Drive is on Netflix, so I tossed that on as I was working out and got all the way sucked in immediately. I’d forgotten how great that movie is. Over the course of the next few days, I watched The Nice Guys — him and Russell Crowe, a hilarious movie –, Crazy, Stupid, Love, First Man, and Blade Runner 2049, one of my favorite films of all-time.

And I swear, the immediate reactions I had was: where the hell is Ryan Gosling? How is this dude not the biggest actor in the world right now, leading both blockbusters and indie dramas. This dude could be Batman if he wanted to.

Well, the universe must have heard me, because while Gosling hasn’t signed up to play a superhero (yet), he has hopped back into franchise filmmaking, as reports indicate that the 39-year-old is set to start in an upcoming Wolfman reboot for Universal.

Sources tell Variety that executives at Universal have been meeting with directors over the past month and could be making a decision soon on who will take the reins behind the camera. While there is no frontrunner at the time, Cory Finley, who recently received rave reviews for directing HBO’s drama “Bad Education” with Hugh Jackman and Allison Janney, is said to be in the mix for the job.

It’s unknown what the new take on “Wolfman” will look like, though it is believed to be set in present times and in the vein of Jake Gyllenhaal’s thriller “Nightcrawler,” with an obvious supernatural twist. [via Variety]

As the report from Variety points out, the move from Universal comes after their massively successful reboot of The Invisible Man, which scored rave reviews on its way to earning $126 million on just a $7 million budget.