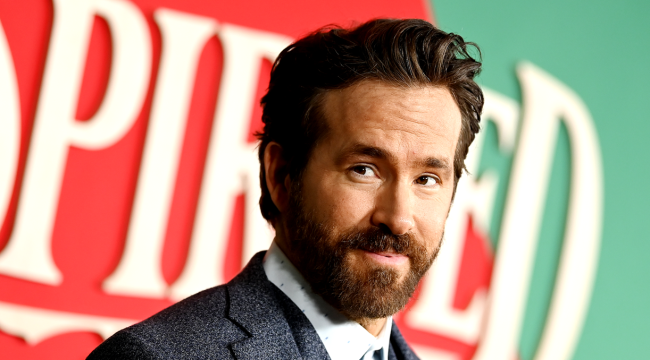 Ryan Reynolds revealed this week on Today that while he was on the road promoting Deadpool 2 one of his stops was Korea’s Masked Singer TV show.

Back in 2018, Reynolds had what he calls a “traumatic” experience on the reality TV show before a version of it began airing here in the United States.

“Why did you do that?” Hoda Kotb asked Reynolds as a clip of his performance was shown.

“I’ve been doing this job a long time, and when you go on these international tours, you start to say, ‘What’s the weirdest show we can go on?'”

“And at the time, no Westerner had been on that show before, so it was a big surprise when I lost the mask.”

“What’s crazy is, I was in actual hell,” Reynolds added emphatically.

“When I was there, I was, ‘Why did I sign up to do this? This is horrible! This is truly horrible!’ I didn’t know this song, I don’t know how to do this. It was traumatic.”

The song Reynolds performed on King of Mask Singer, Korea’s name for the show, was “Tomorrow” from the movie and musical Annie.

“Do you still have that outfit?” someone asked him during the interview.

“I do,” Reynolds replied with a grin.

Reynolds, Will Ferrell and Octavia Spencer were on Today to promote their new Apple TV+ movie Spirited, which is a modern twist on Charles Dickens’ A Christmas Carol.

Just be warned, it’s not Elf. Nor is it a Deadpool movie.

Here are some “simple disclaimers” if you do plan to watch Spirited at some point.