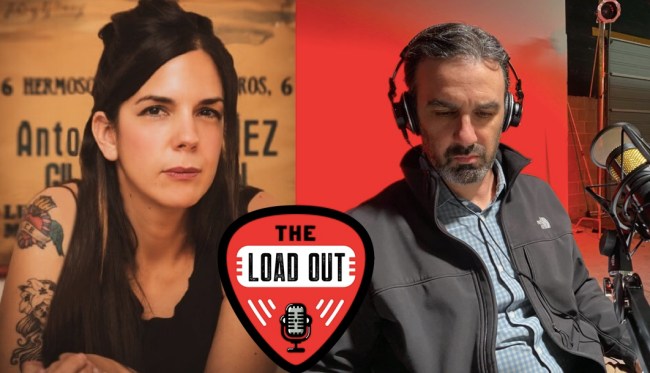 Making a living in music has never been harder unless you regularly sell out arenas. With further proliferation of digital music streaming, terrestrial radio on life support, and over the past two years, COVID largely sapped performers of their ability to play live.

Times are tough for musicians (and all artists, for that matter). But there has arguably been one ray of sunshine of the evolution of the music industry: Labels matter less. Not record labels, although they matter less too. More so, brands – the labels people slap on a band’s style of music. Today, the diversity within music styles has evolved dramatically. Fusion is a thing! Many performers regularly blend a variety of genres of music. So, if your style falls in the margins between, say, rock and punk and country and blues or whatever – it matters less. And there are countless performers who fall into this.

One is our most recent guest and kicks off season three of The Load Out Music Podcast: The amazing Sarah Borges.

Borges is a hard rocker out of Boston, and, you guessed it, falls in between the margins of punk, rock and roll and country. No one really knows what to make of her unless you’ve seen one of her remarkably high-energy shows.

Often playing with her band The Broken Singles and never without her trusty right-hand-man Binky – essentially the equivalent of Tom Petty’s relationship with guitarist Mike Campbell – she’s slogged through the business for some 20 years.

“Critics have always loved Sarah, but that doesn’t mean they’ve figured out what to do with her,” says Binky, her longtime bassist and best friend of 15 years.

In our conversation, we go far behind music discussing her sobriety, being a single mom playing rock and roll shows on the road much of the year, her forthcoming new album, and the nuances and growth of her career since turning heads at a 2004 South by Southwest performance that landed Borges her first record deal.

As her website says, “she’s a busy single mom who doesn’t have time for your bullshit. She’s an unapologetic stage belcher.” And you feel that in our conversation as we kick off season three of The Load Out.