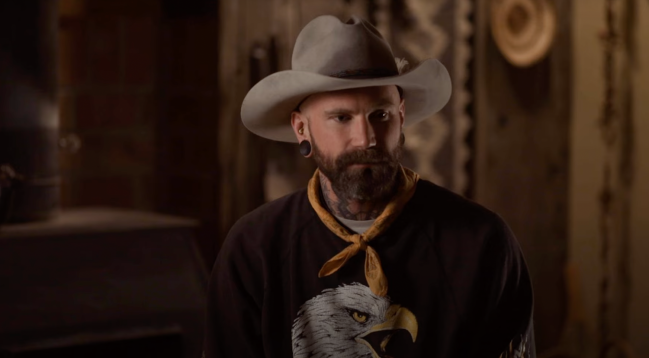 via Satsang / with permission

If you’re one of those semi-annoying people who, when asked what kind of music you like, you say that you like “all kinds of music”—then Drew McManus and his band Satsang just might be for you.

The entirety of Satsang’s catalog spans comparisons to a diverse collection of artists: Ben Harper, G-Love and Special Sauce, Jason Mraz, and even the Grateful Dead.

“The Grateful Dead are the greatest American band ever,” McManus proclaims.

Following the commercial success of the band’s debut—which hit #1 on the Billboard Reggae chart—Satsang’s recent output has been a process of stripping down and removing the excess layers and filters, both creatively and professionally, and returning to something more organic The band’s last release ‘All. Right. Now.’ was broad and spacious, reflecting the soaring mountains and soundscape of McManus’s home state of Montana. Now, having made the decision to leave his label and release independently, Satsang’s new album takes that trajectory several steps further, recording in a secluded cabin in southwest Montana around an open fire, which you can hear audibly popping throughout the record. The effort is McManus’ attempt to make music the way our ancestors might have, before the music industry event existed. Just a few guys around a campfire, free from genre, expectation, or commercial restraints. “It was really sifting through the stage of life I had found myself in which was a kind of dark night of the soul,” he explains. “This record is truly me bearing my heart.

“I do not see a world where I do not live in southwest Montana,” he said in discussing the circuitous route McManus has taken through life. “Montana isn’t just where I live. It’s my heart and soul.”

McManus has indeed had a fascinating life after first-being born in southwest Montana. He spent much of his formative, extremely troubled years between Des Moines, Iowa, and Chicago. His childhood was marked by physical abuse at home and a nose for trouble on the rough streets that surrounded him. By his late teens, he was struggling with alcohol and drug addiction. He hides from none of this.

“When you’re dealt a tough hand, you can either get bitter or you can get better,” says McManus. “You can blame your upbringing for everything and complain about what happened to you, or you can choose to believe that everything happened for you, to step into your power and become the person you want to be.”

After returning to Montana for rehab, he got clean and sober, married the woman of his dreams and launched Satsang with “The Story of You”—the band’s breakout 2016 debut that is steeped in reggae, hip-hop and world music. The album was an uplifting affirmation that connected with fans around the globe, racking up roughly 15 million streams on Spotify alone.

But McManus and his bandmates returned a year later with their similarly successful sophomore effort—the album “Pyramid(S)”—which hit number one on the Billboard Reggae Chart, number two on iTunes and pushed Satsang’s sound even further with 2019’s “Kulture,” which incorporated a wider swath of influences from Motown to Tom Petty.

Relentless road warriors, the group has built a devoted following one night at a time, sharing stages while working their way up from bars and clubs to massive festivals.

Enjoy a tremendous conversation on the Load Out Music Podcast with Drew McManus of Satsang.