Scientists Have Discovered Why Some Poop Floats While Others Sink 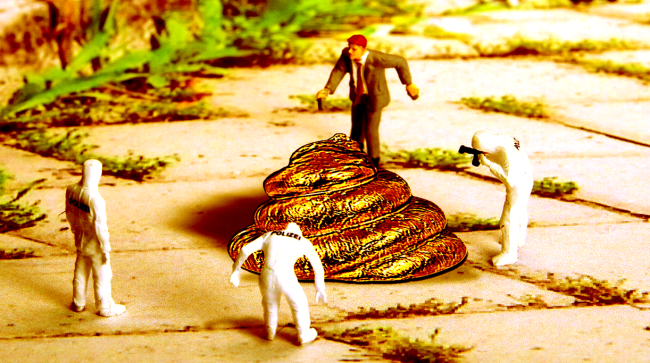 Scientists at the Mayo Clinic in Rochester, Minnesota have discovered the reasons why some poop floats while others sink.

Why would intellectuals such as these folks spend so much time studying such an unusual thing? There is a very good explanation.

First of all, did you know that approximately 10 to 15 percent of people consistently produce “floaters” when they poop?

Second, this entire study came about because back in 1972, according to New Scientist, because a medical student at the University of Minnesota, William Duane, once told his boss, Michael Levitt, a gastroenterologist at the school, that his poop always floated.

“About two hours after our discussion, he passed a stool, we put it in a flask, pressurized the flask and watched the stool sink, demonstrating the stool floated because of its gas content,” Levitt said.

Fast forward to 2022 and Nagarajan Kannan and his colleagues at the Mayo Clinic decided to find out if this explanation holds water, so to speak.

In a paper published in the journal Scientific Reports, the researchers explain that to test the theory they injected gut bacteria collected from the poop of standard mice and the poop of two healthy young women into the stomachs of the germ-free mice.

What they discovered was that this caused many of the poops to float.

“Now, there’s no confusion as to what makes stool float, it is gas from gut microbes, not from swallowed air or other sources,” says Kannan.

Closer analysis of the mouse floaters revealed they contained multiple gas-producing bacteria, including Bacteroides ovatus and Bacteroides uniformis, which are known to increase methane production and the frequency of flatulence in people.

To work out which of these species produce enough gas to make faeces float, the next step will be to individually introduce each of them into the guts of germ-free mice, says Kannan. Microbial analysis of human faeces could also reveal which gas-producing bacteria are more common in floaters, he says.

That’s right. They aren’t done studying why some poops float and others sink.

The hope is that with more study the scientists can determine whether it is healthier to produce floaters or if sinkers are better.

“It probably depends on exactly which gut bacteria are producing the gas,” says Kannan.